Alterations of somatotropic function in prion disease in sheep

Representative examples of GH secretory profiles in one scrapie-affected (top panel) and one control healthy (bottom panel) ewe. GH was measured in blood samples collected every 30 min for 24 h during the anoestrous season in ovary-intact ewes. Arrows indicate identified pulses. The bar graph depicts the mean±S.E.M. GH concentrations in both groups. P=0.07.

The left panel indicates the mean±S.E.M. GH concentrations in blood samples collected every 15 min for 3 h before and 3 h after an i.v. injection of an α2-adrenergic agonist (Romifidin, 0.05 mg/kg at 0 min) in scrapie-affected (n=4) and healthy control (n=4) ovary-intact ewes. The left panel describes the mean±S.E.M. ratio of AUC of GH vs time after to the GH AUC before agonist administration in both groups. 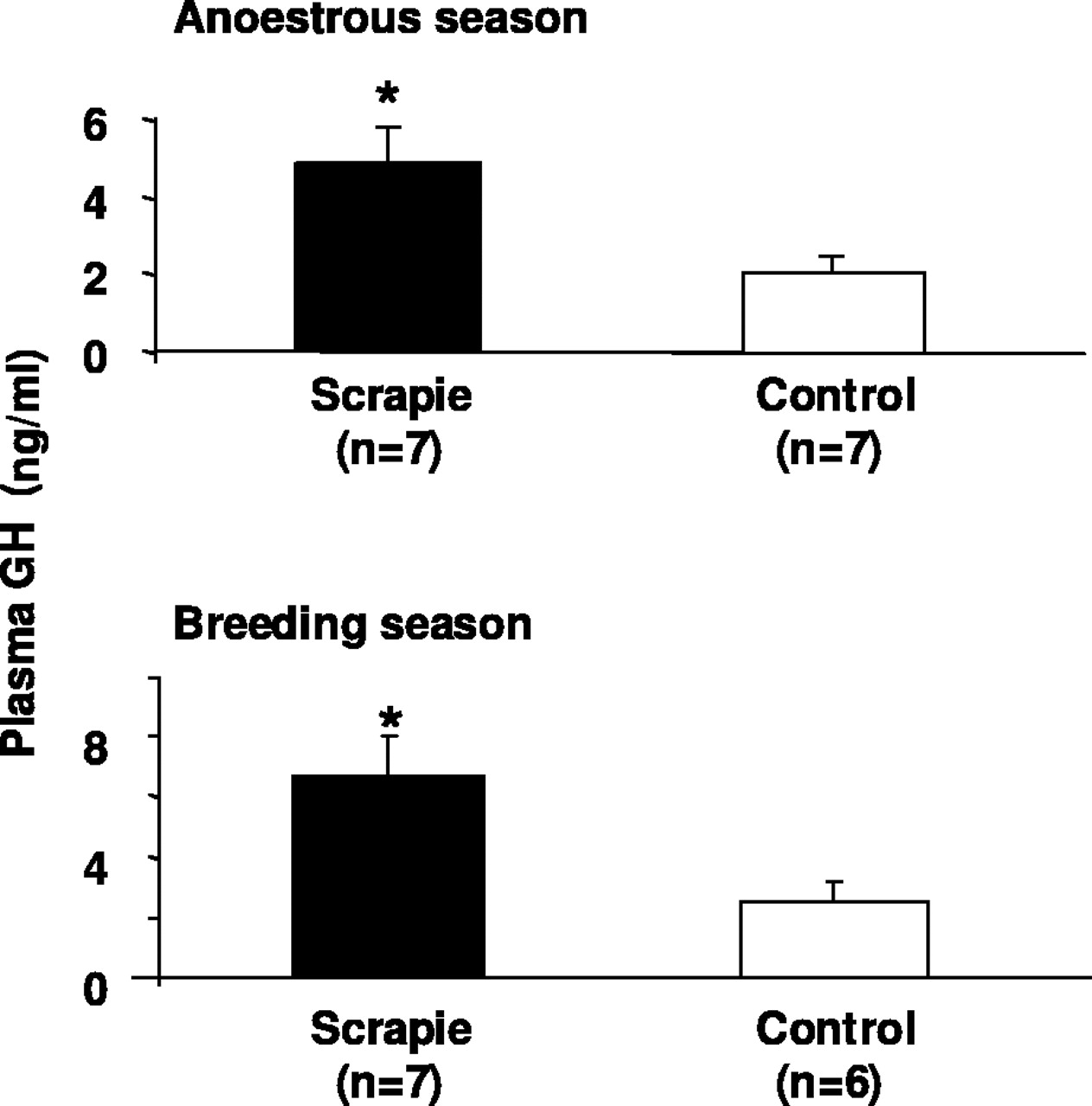 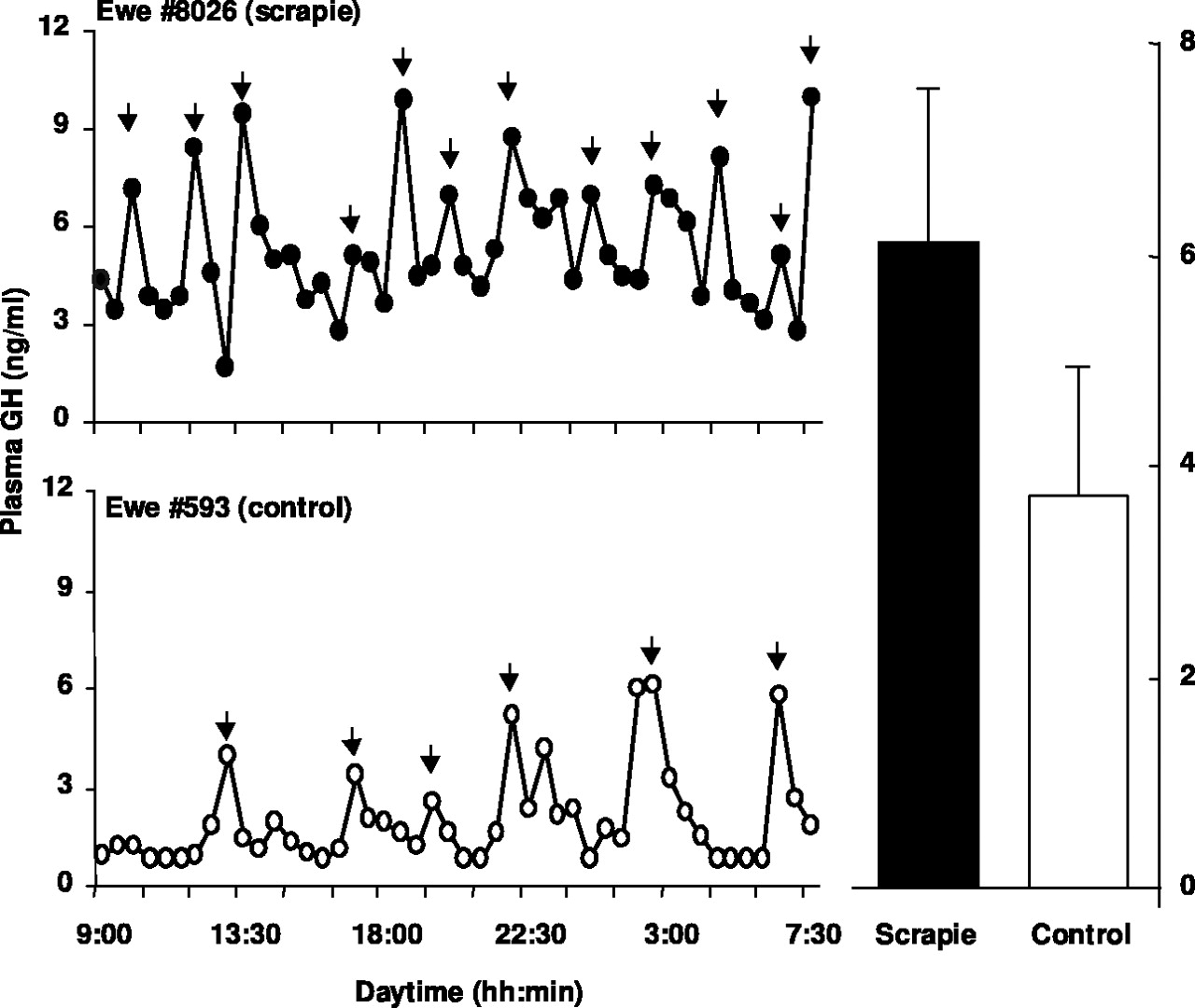 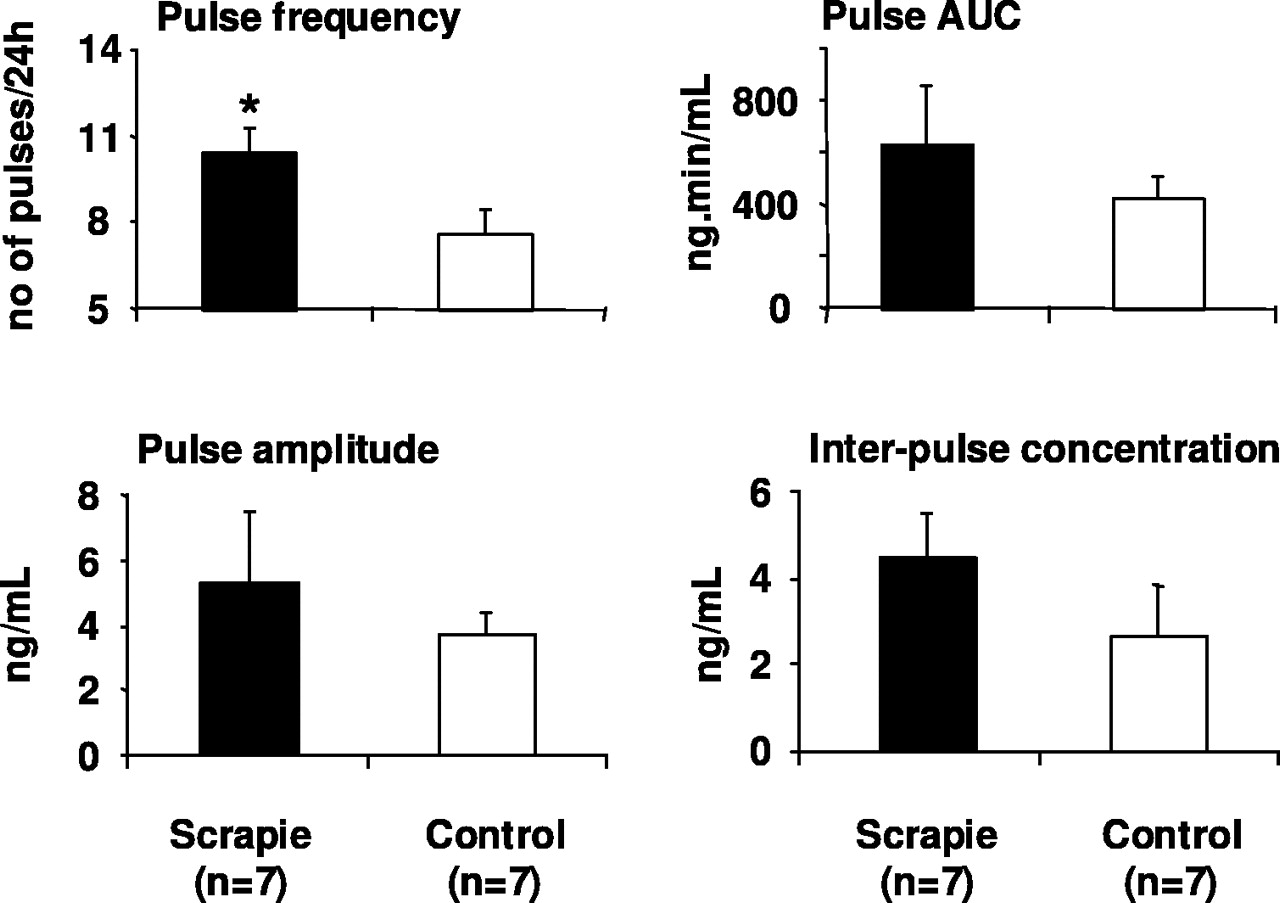