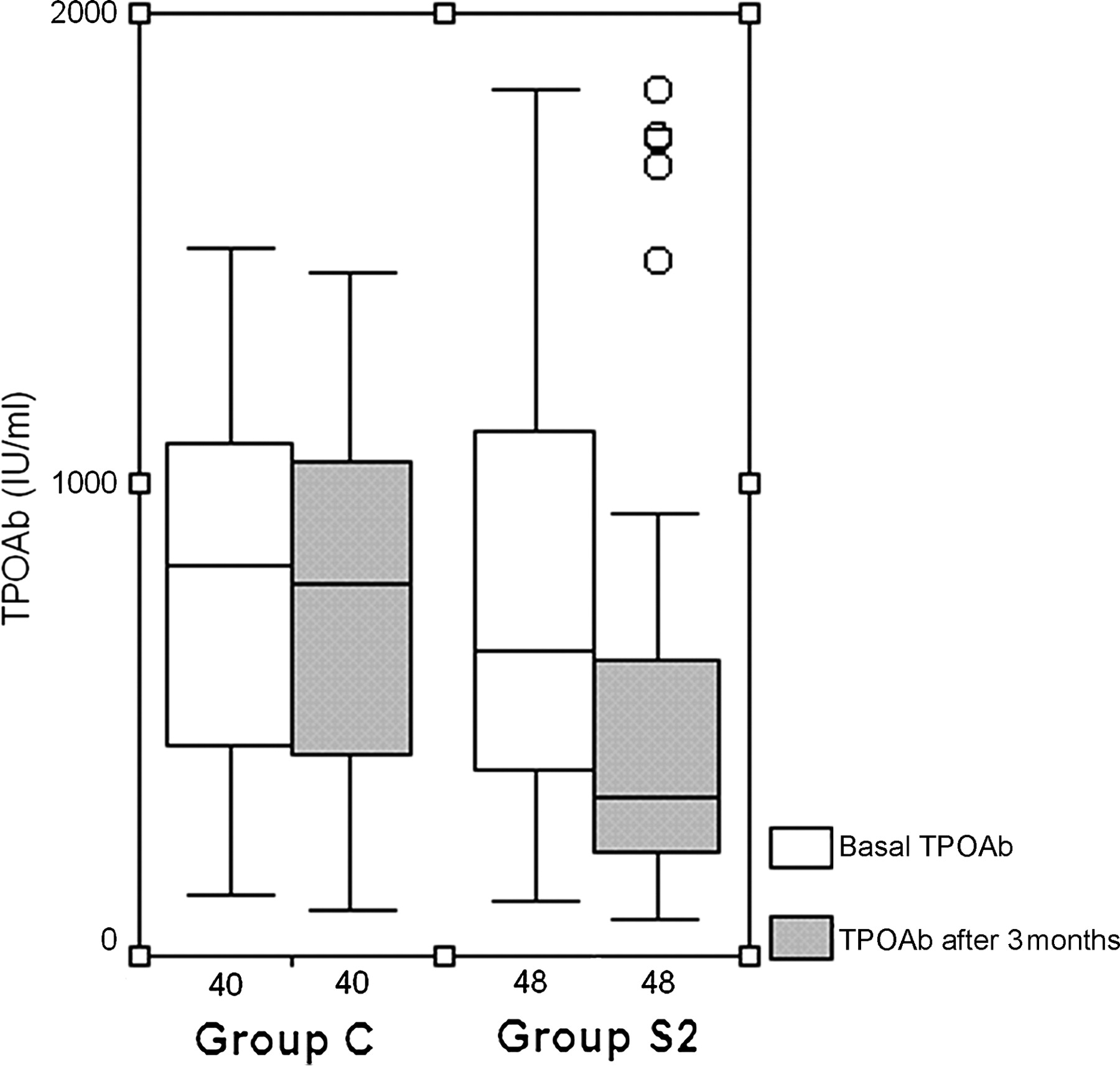 TPOAb concentrations at the beginning of the study and 3 months after treatment with 200 mg l-selenomethionine/day (group S2) or placebo (group C). P values were calculated by Wilcoxon’s matched pairs, signed-ranks test. 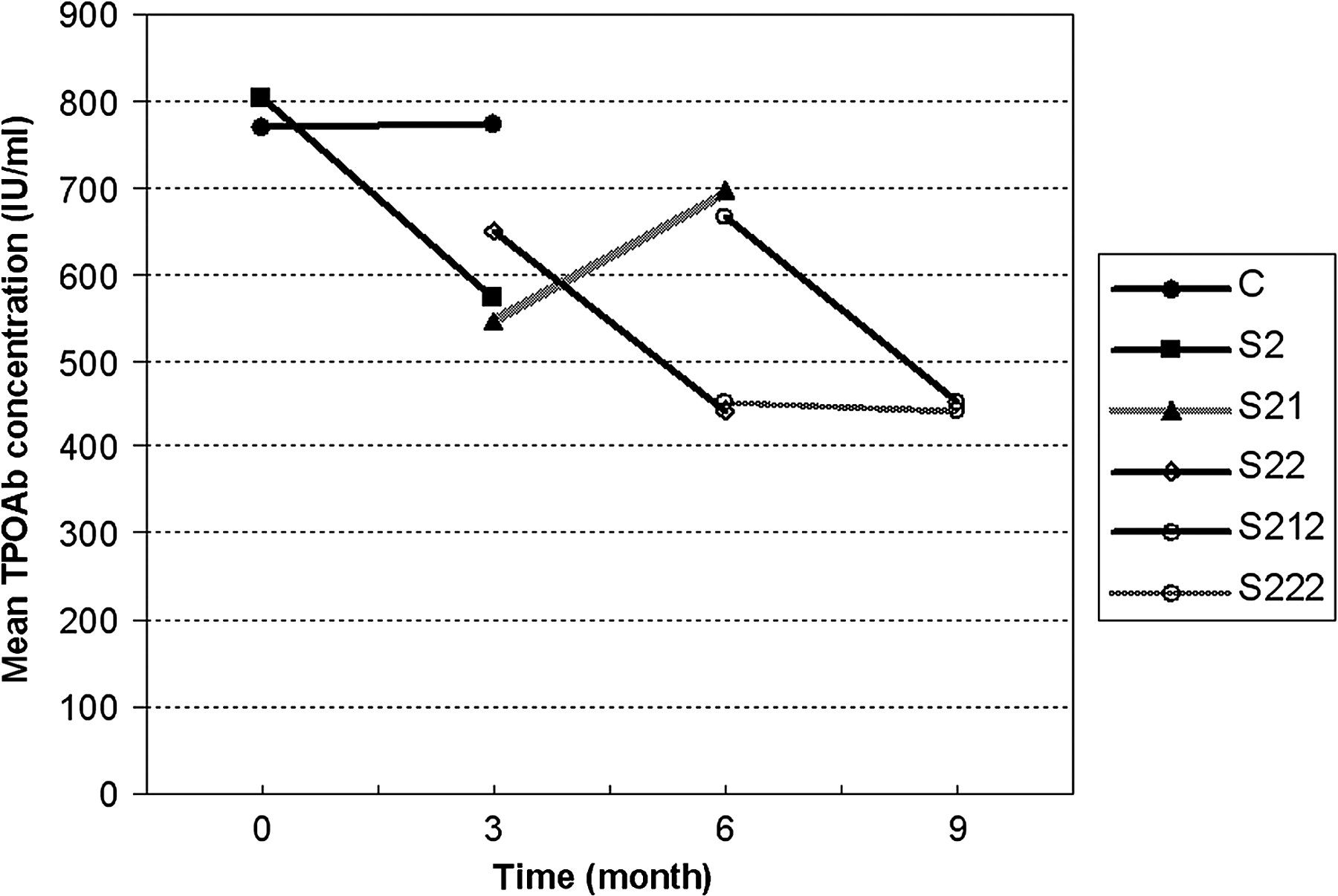