Effect of age and moderate food restriction on insulin sensitivity in Wistar rats: role of adiposity

Glucose infusion rate during euglycemic-hyperinsulinemic clamp. Anesthetized overnight fasted rats were infused with insulin as indicated in Materials and Methods, to reach values of 2 ( – ) or 4 (…) nmol/h per kg respectively and a solution of 30% glucose was infused through the other saphenous vein at variable rate to clamp blood glucose at the level present at the start of the experiment (see Materials and Methods). Glucose infusion rate was adjusted every 5 min after determining blood glucose concentration as indicated in Materials and Methods. Within 40 min of start of the clamp, glucose concentration remained constant without further adjusting the infusion rate. Blood glucose was monitored for further 60 min. Data at plateau represent the overall glucose disposal rate (M), are the mean ± s.e.m. of 5–6 different clamps performed with each group of rats, and are expressed as μmol of glucose × min−1 × kg−1 of body weight. Statistical comparisons are shown in Table 4. FR, food restricted. 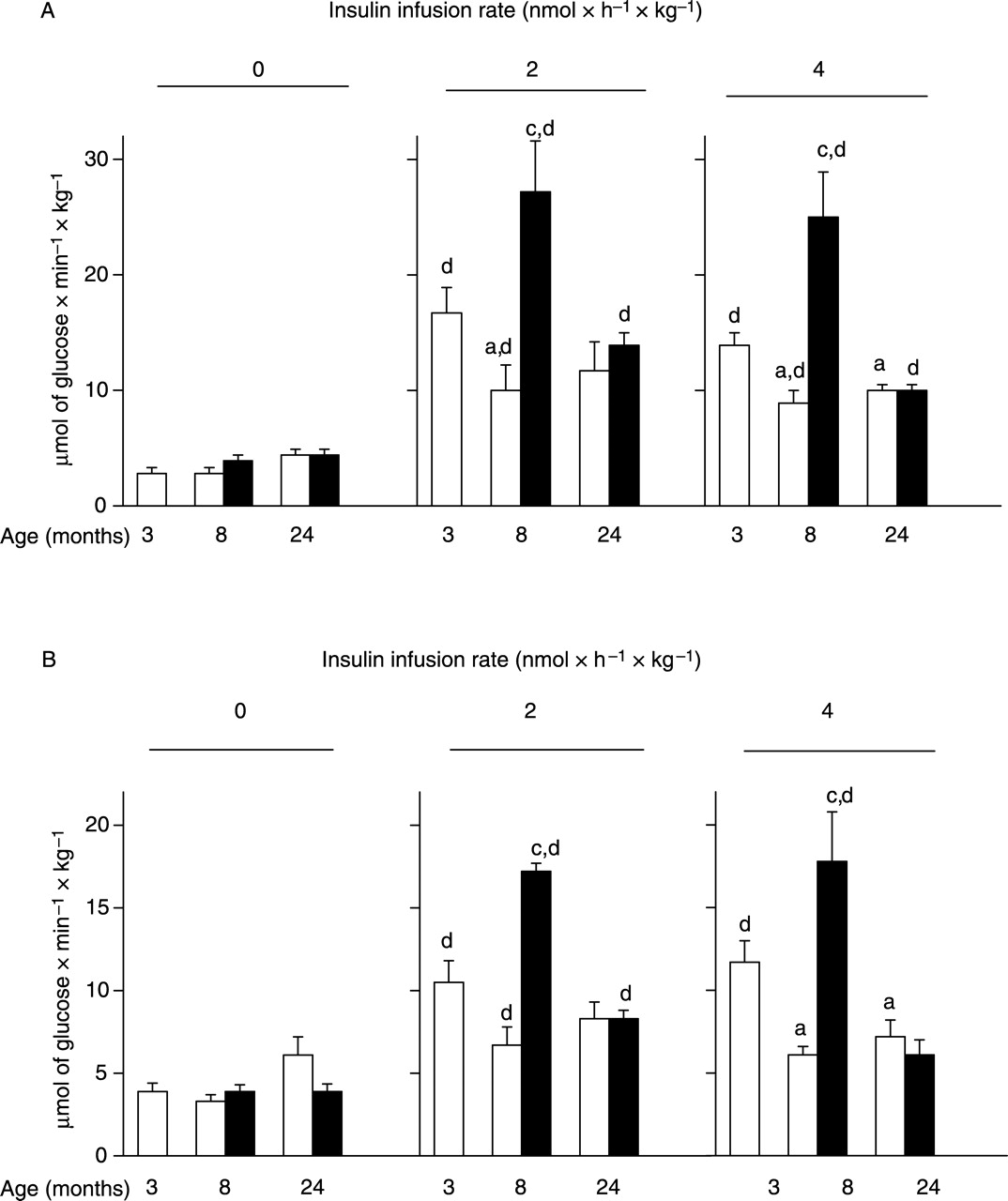 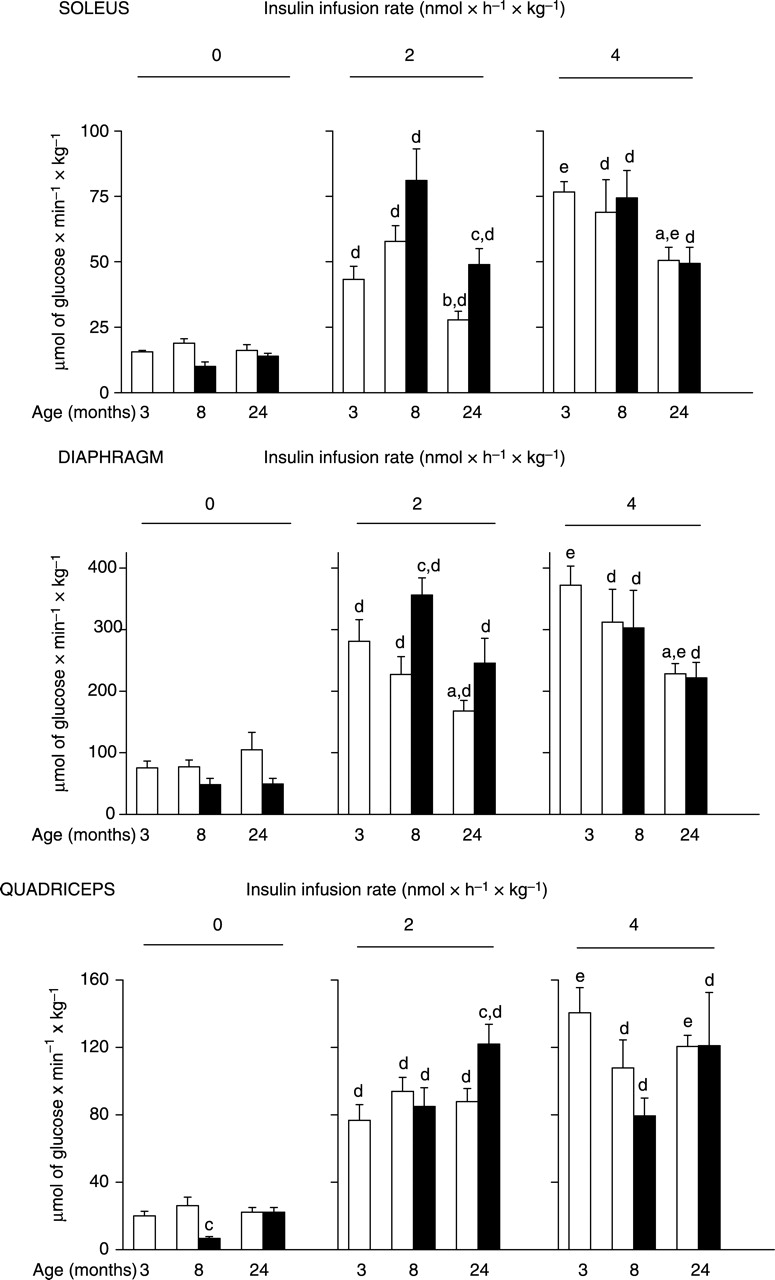