Angiotensin II (AngII) increases myostatin expression in cardiomyocytes. (A) Representative western blots for myostatin in cardiomyocytes treated with different concentrations of AngII for 18 h. Precursor, latency-associated peptide (LAP), and processed forms of myostatin are indicated. (B) Quantitative analysis of myostatin protein levels. The processed myostatin protein was measured. The values from treated myocytes have been normalized to values in control cells (n=4 per group). *P<0.001 versus control.

The p38 MAP kinase is an important regulator that mediates AngII-induced myostatin expression in myocytes. (A and C) Representative western blots for myostatin protein levels in myocytes subjected to AngII stimulation for 18 h or control cells without stimulation in the absence or presence of inhibitors, and siRNA. (B and D) Quantitative analysis of myostatin protein levels. The values from stimulated myocytes have been normalized to values in control cells (n=4 per group). *P<0.001 versus control, +P<0.01 versus AngII.

AngII increases MEF-2-binding activity. Representative EMSA showing protein binding to the MEF-2 oligonucleotide in nuclear extracts of cardiomyocytes after AngII treatment in the presence or absence of inhibitors. Arrow indicates the mobility of the complex. Similar results were found in another two independent experiments. Cold oligo means unlabeled MEF-2 oligonucleotides. A significant supershifted complex (S) after incubation with MEF-2 antibody was observed. 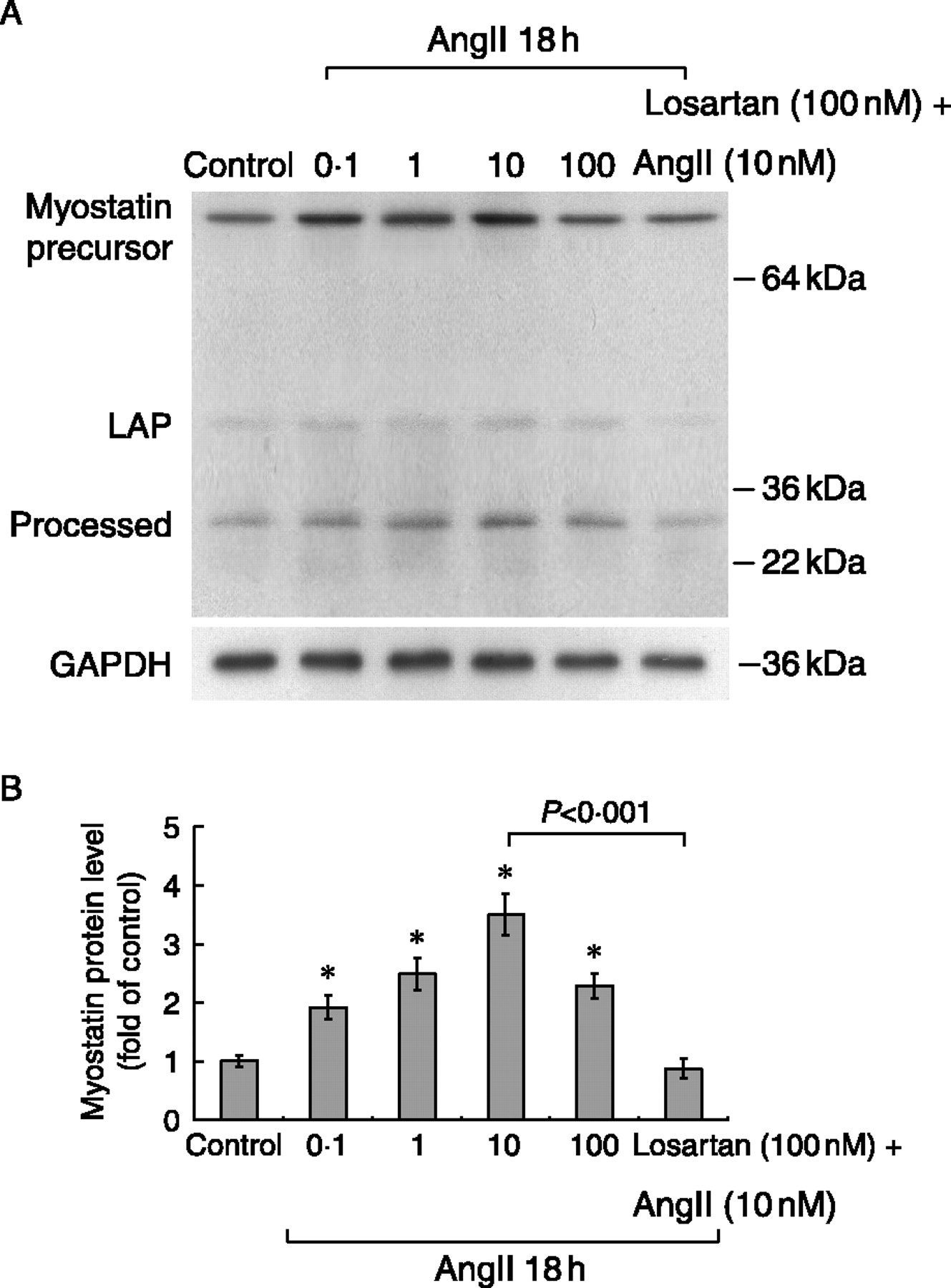 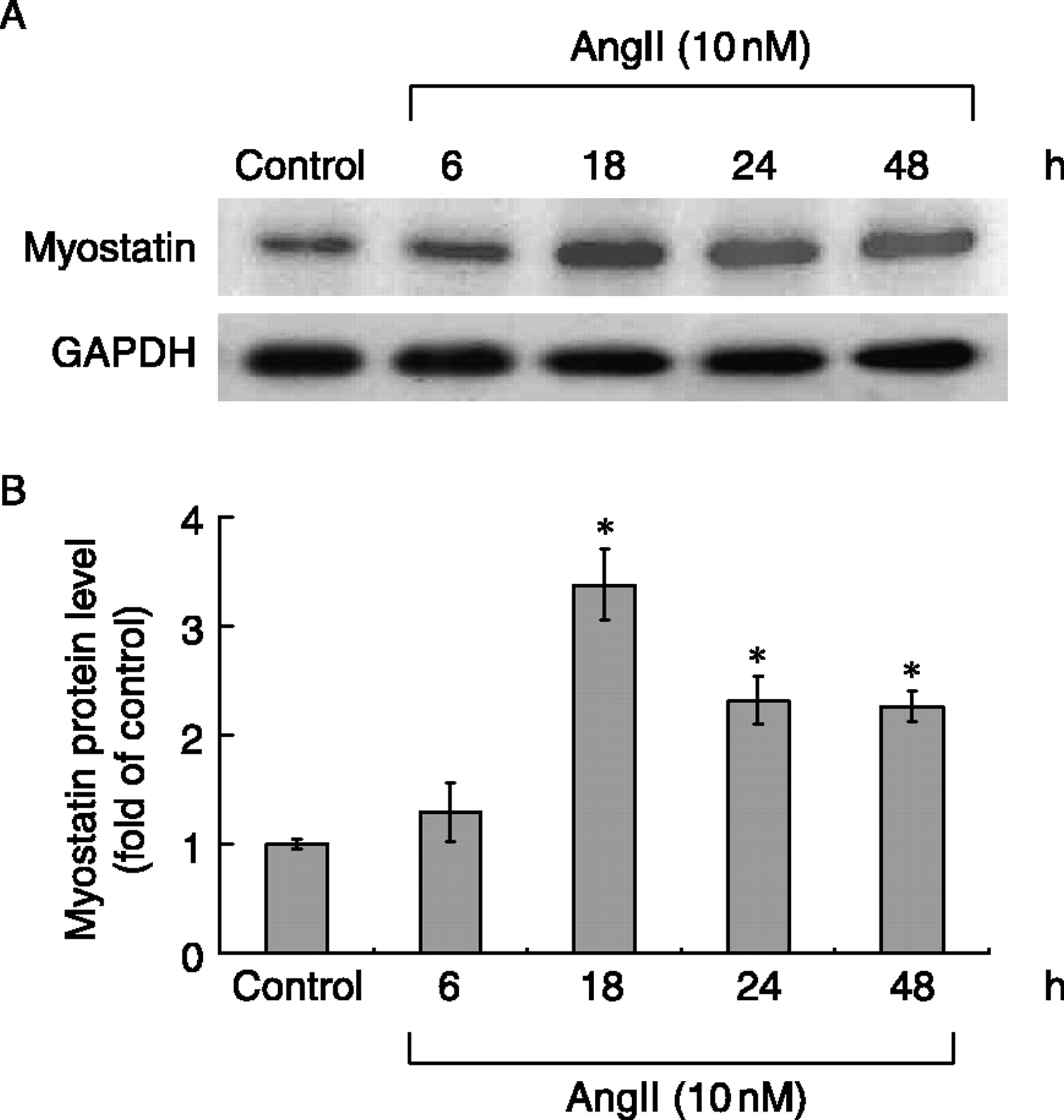 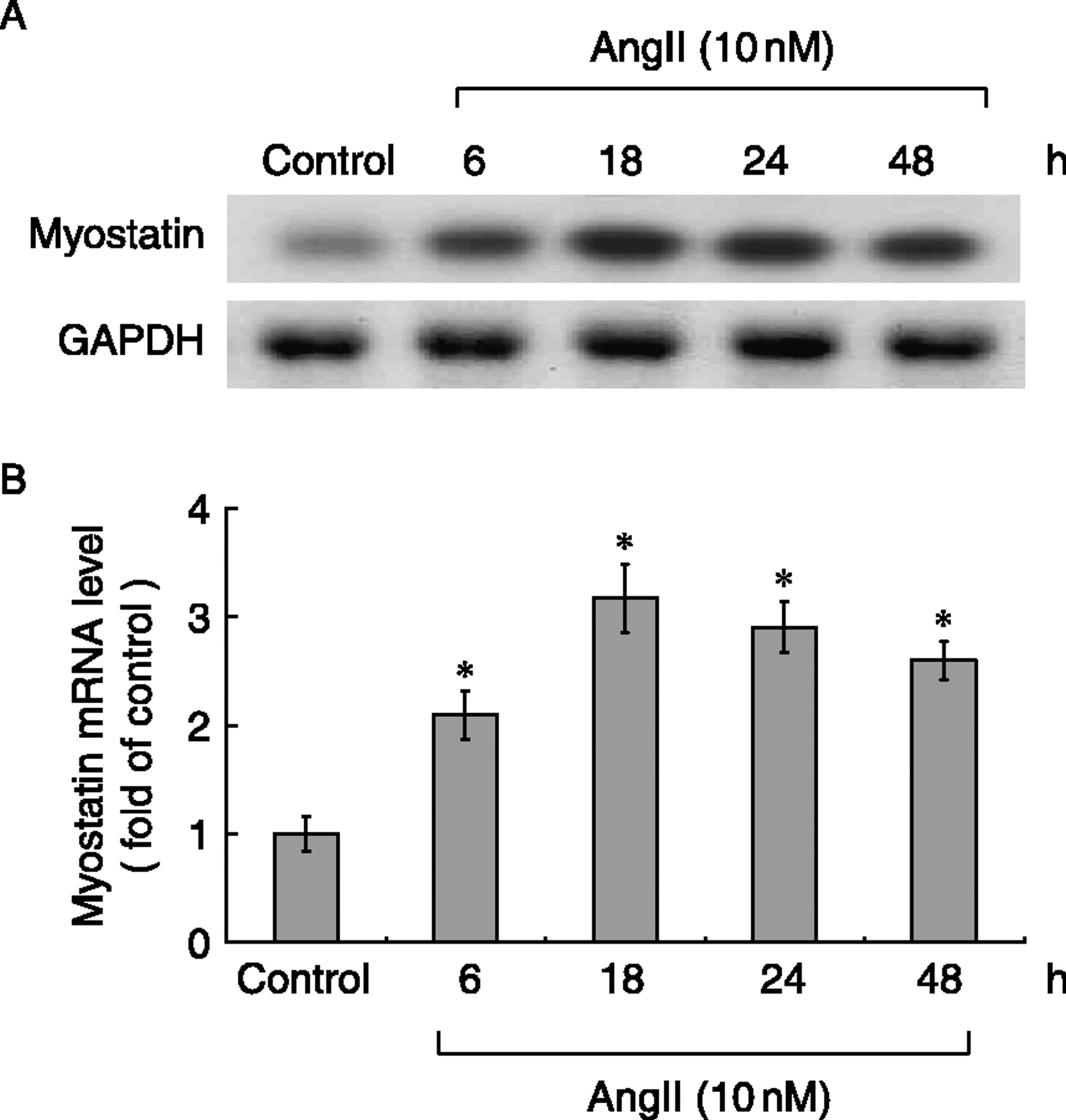 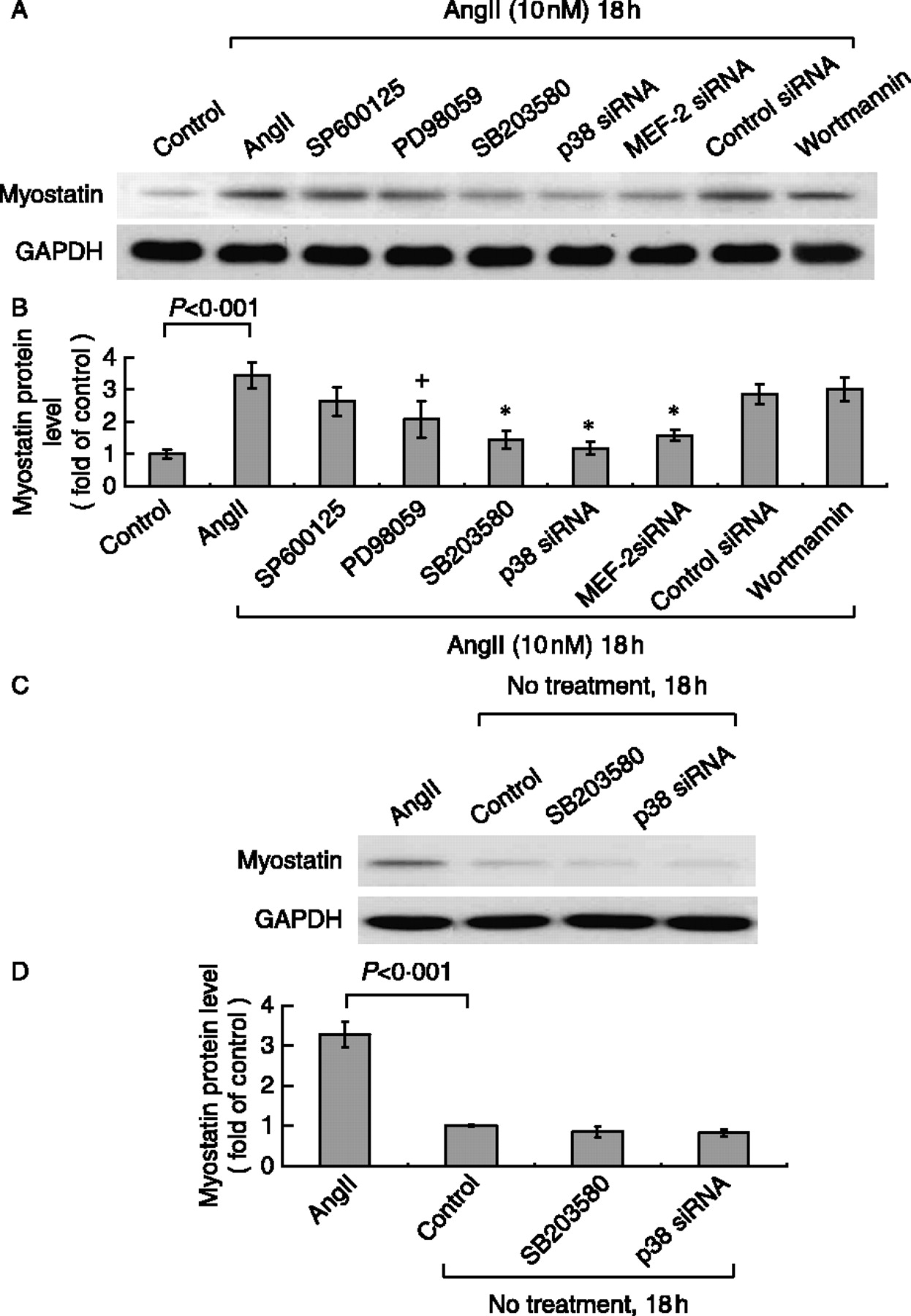 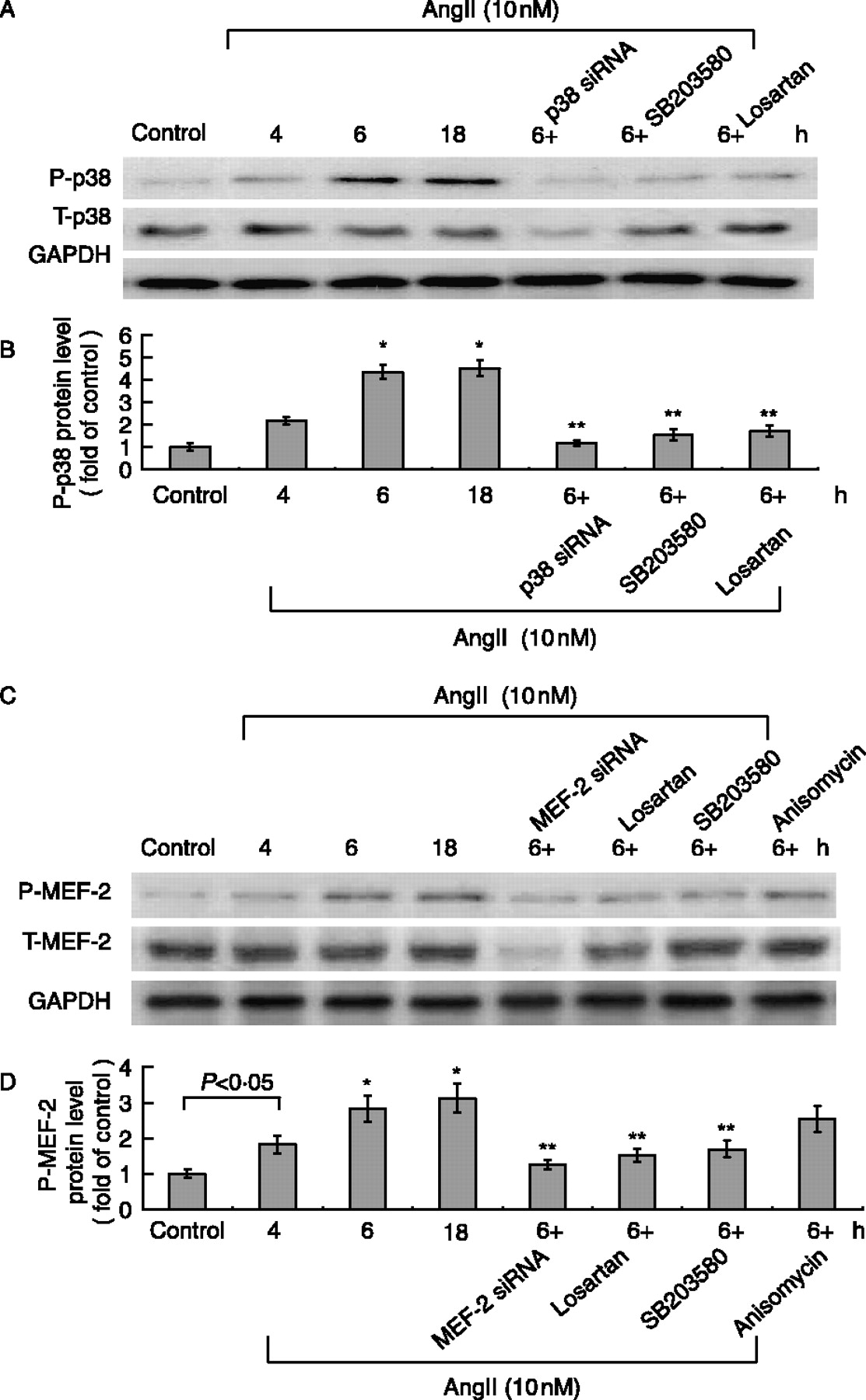 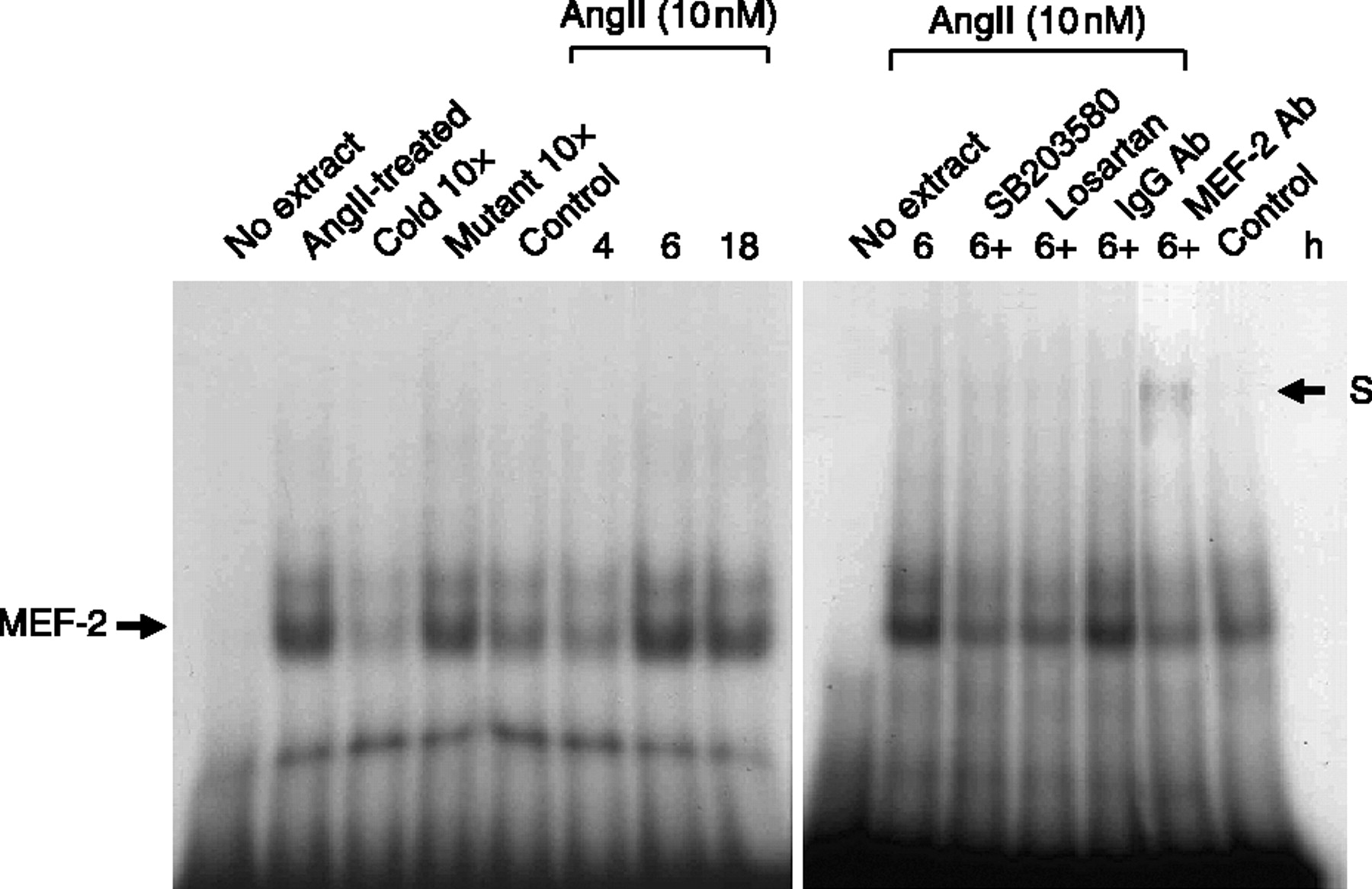 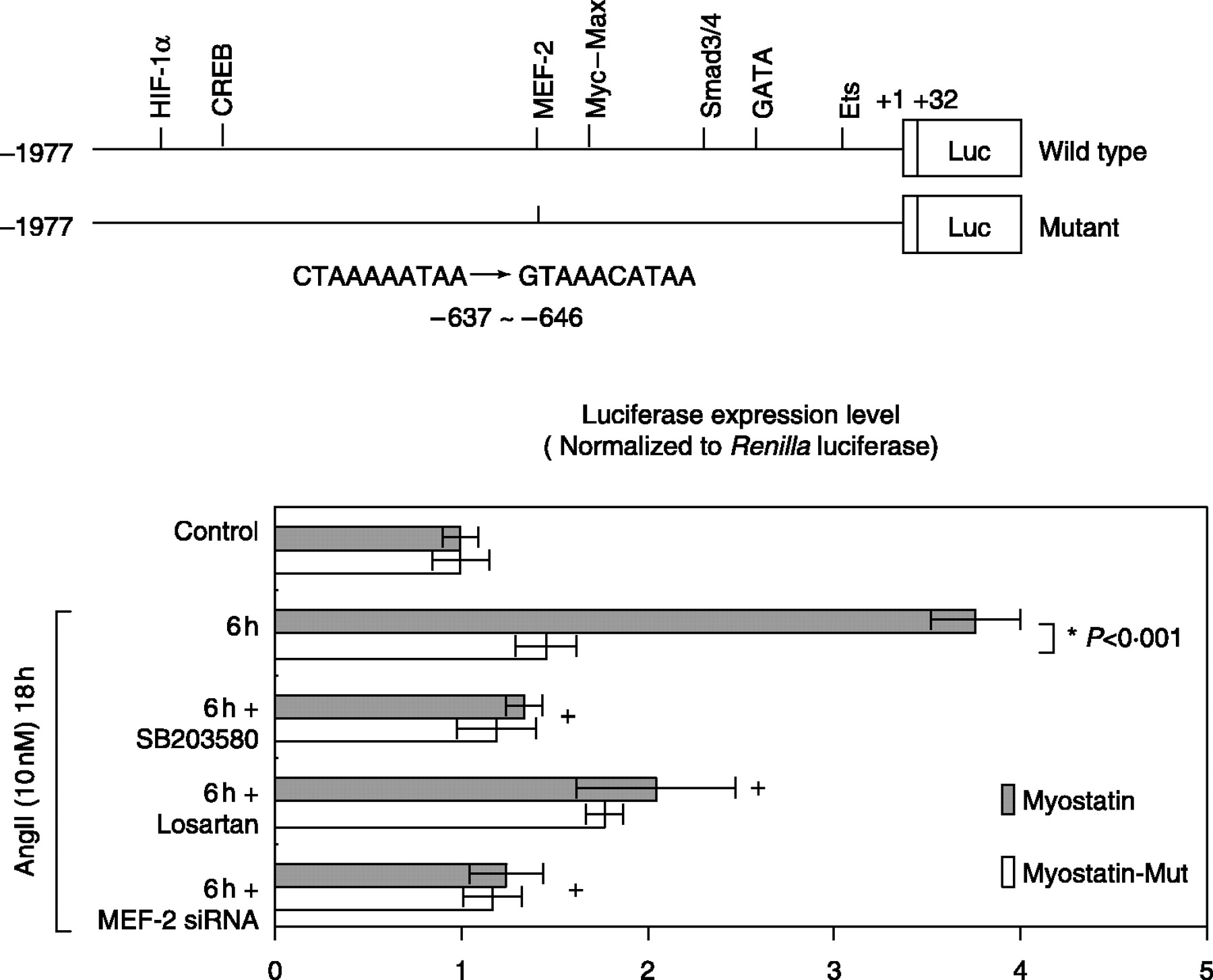 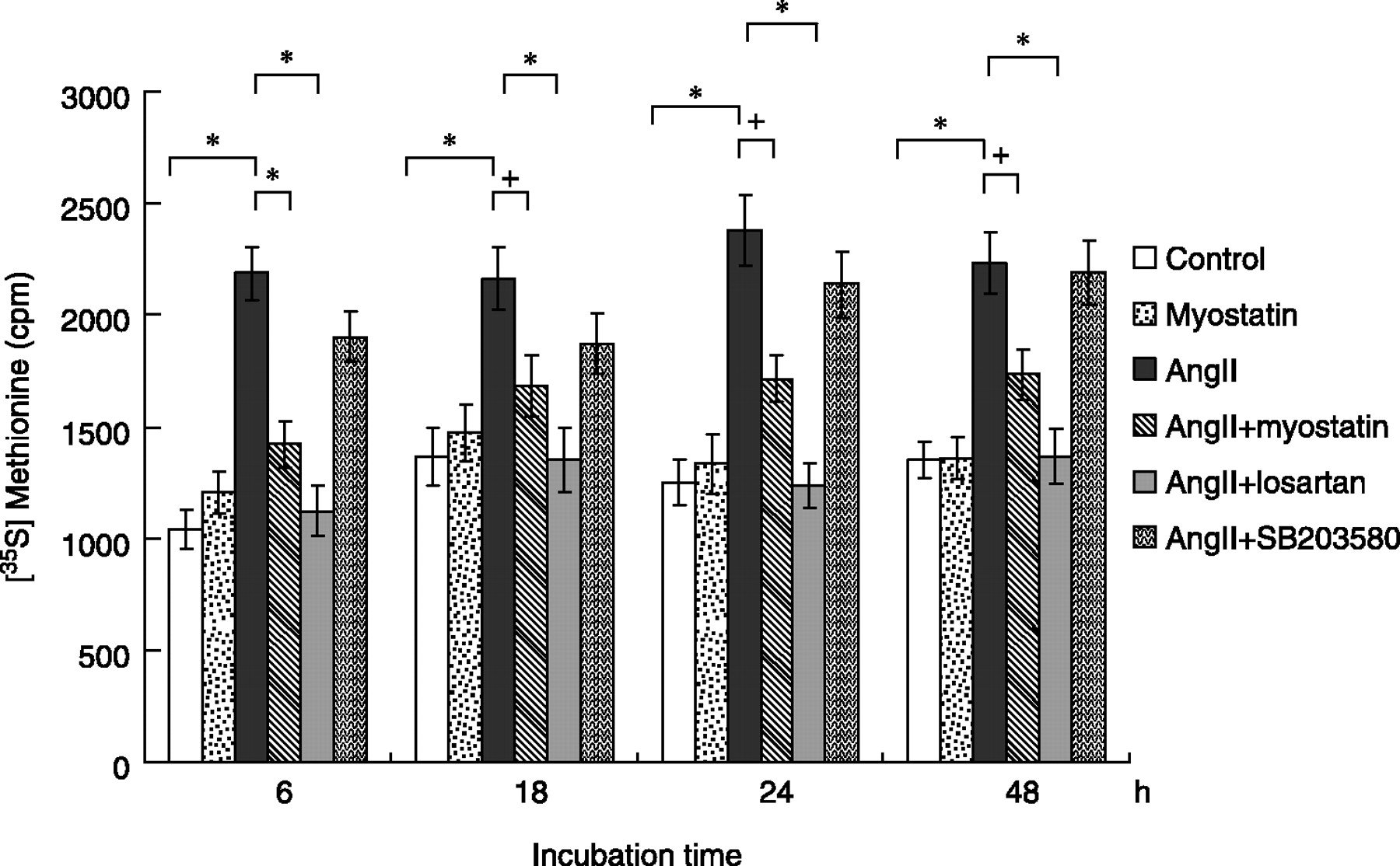