Effect of extracellular Ca2+ on the stimulation of insulin secretion from isolated mouse pancreatic islets. Isolated mouse pancreatic islets were incubated for 60 min either in KRB or in Ca2+-free KRB, with either 0.1 nM AVP, 100 nM CRH, or both agonists added together. In KRB, CRH stimulated insulin secretion and concomitant incubation with AVP increased the CRH-induced insulin secretion approximately threefold. In Ca2+-free KRB, no stimulation of insulin secretion was observed upon incubation with AVP, CRH, or both agonists added together. ***P<0.001 indicates significant differences from islets treated with 100 nM CRH or 0.1 nM AVP alone. 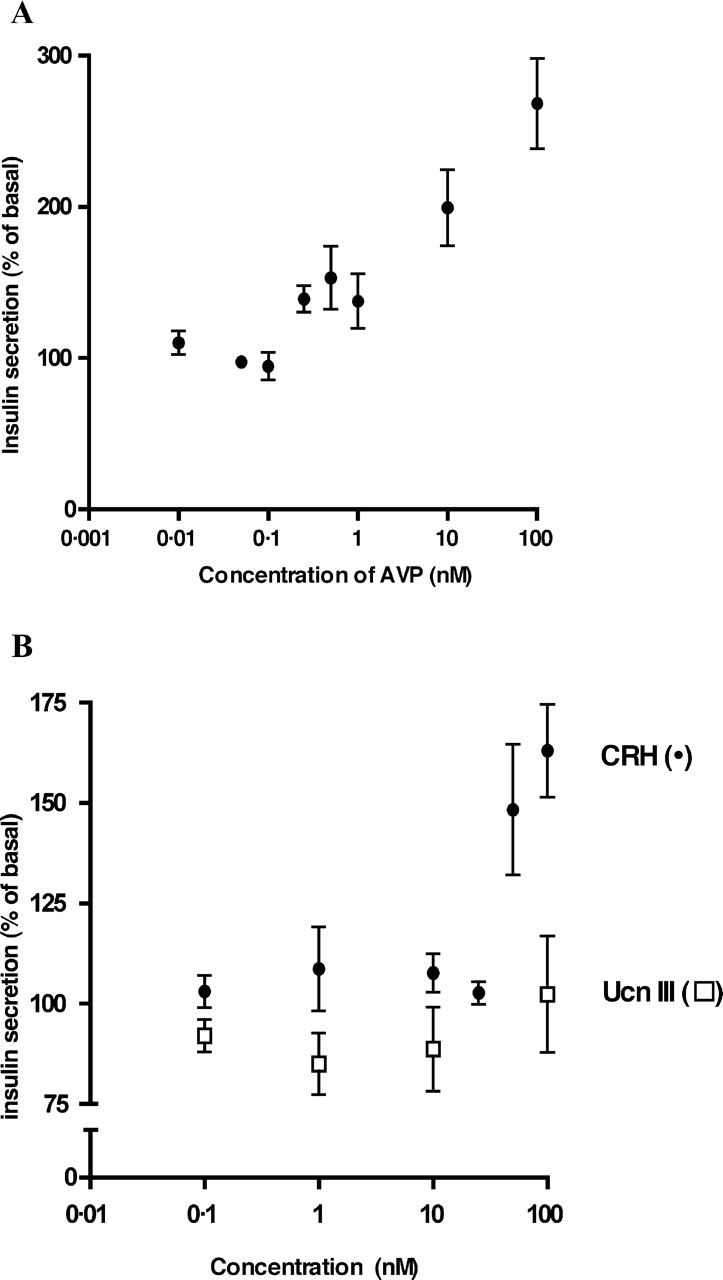 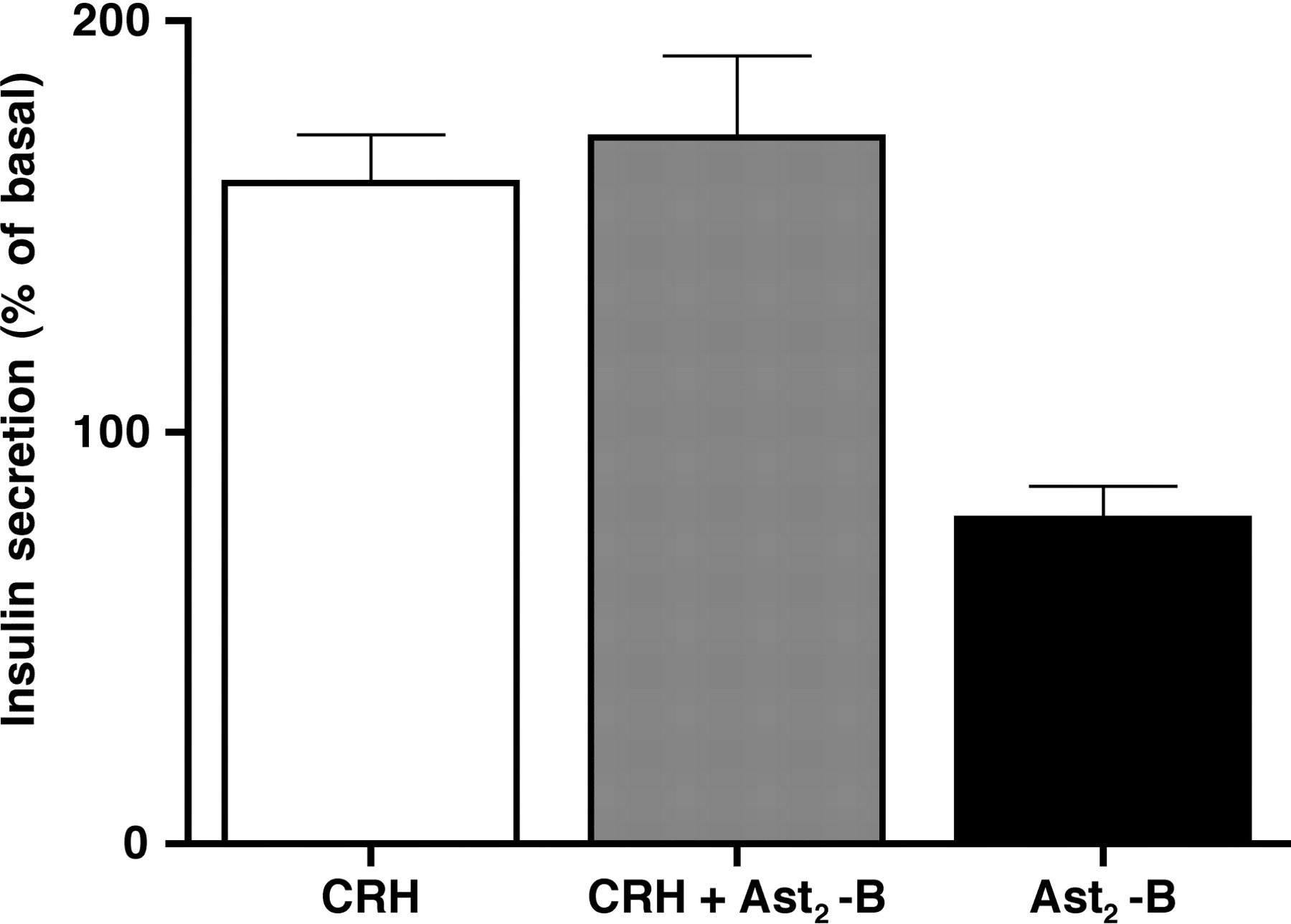 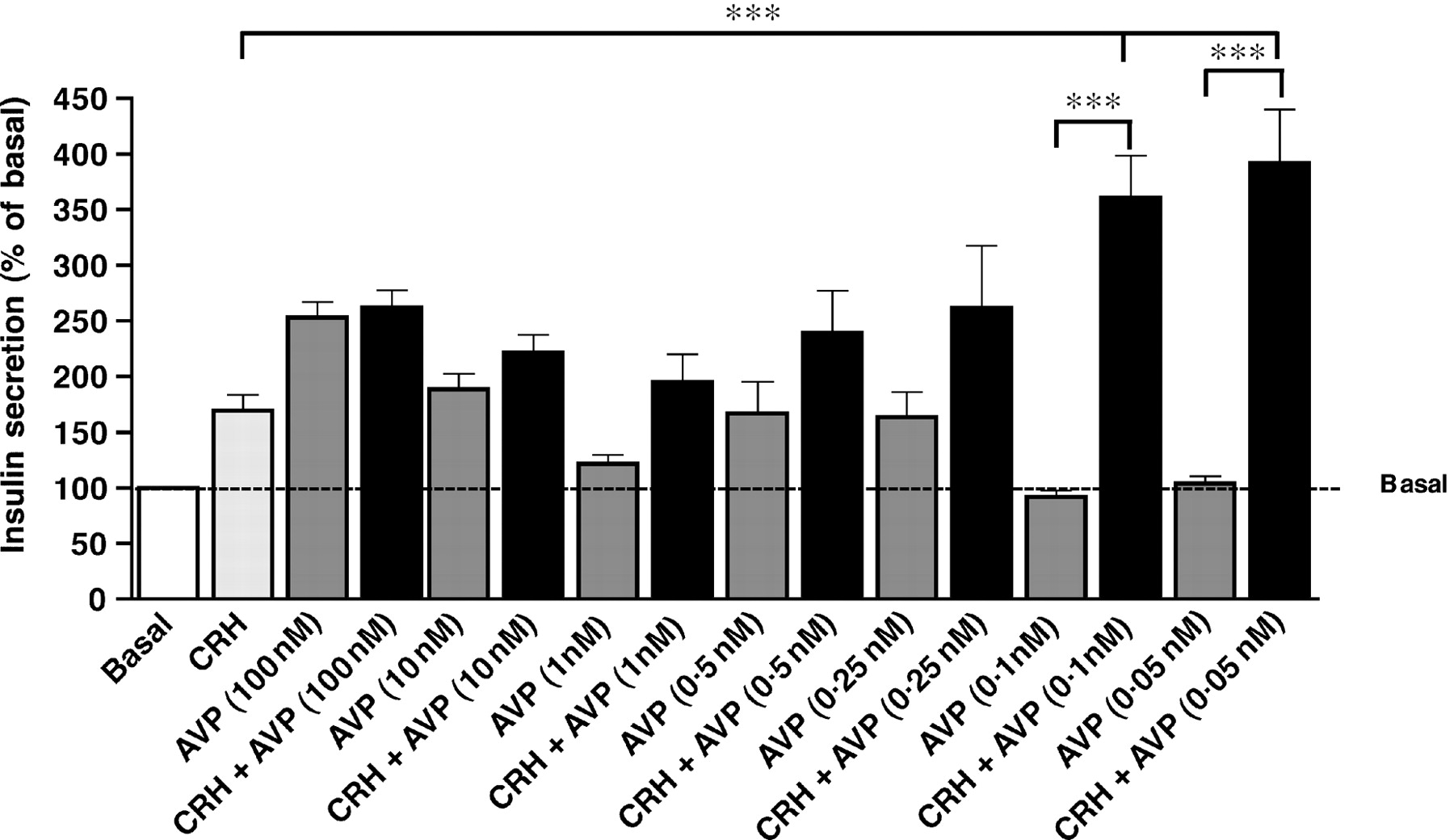 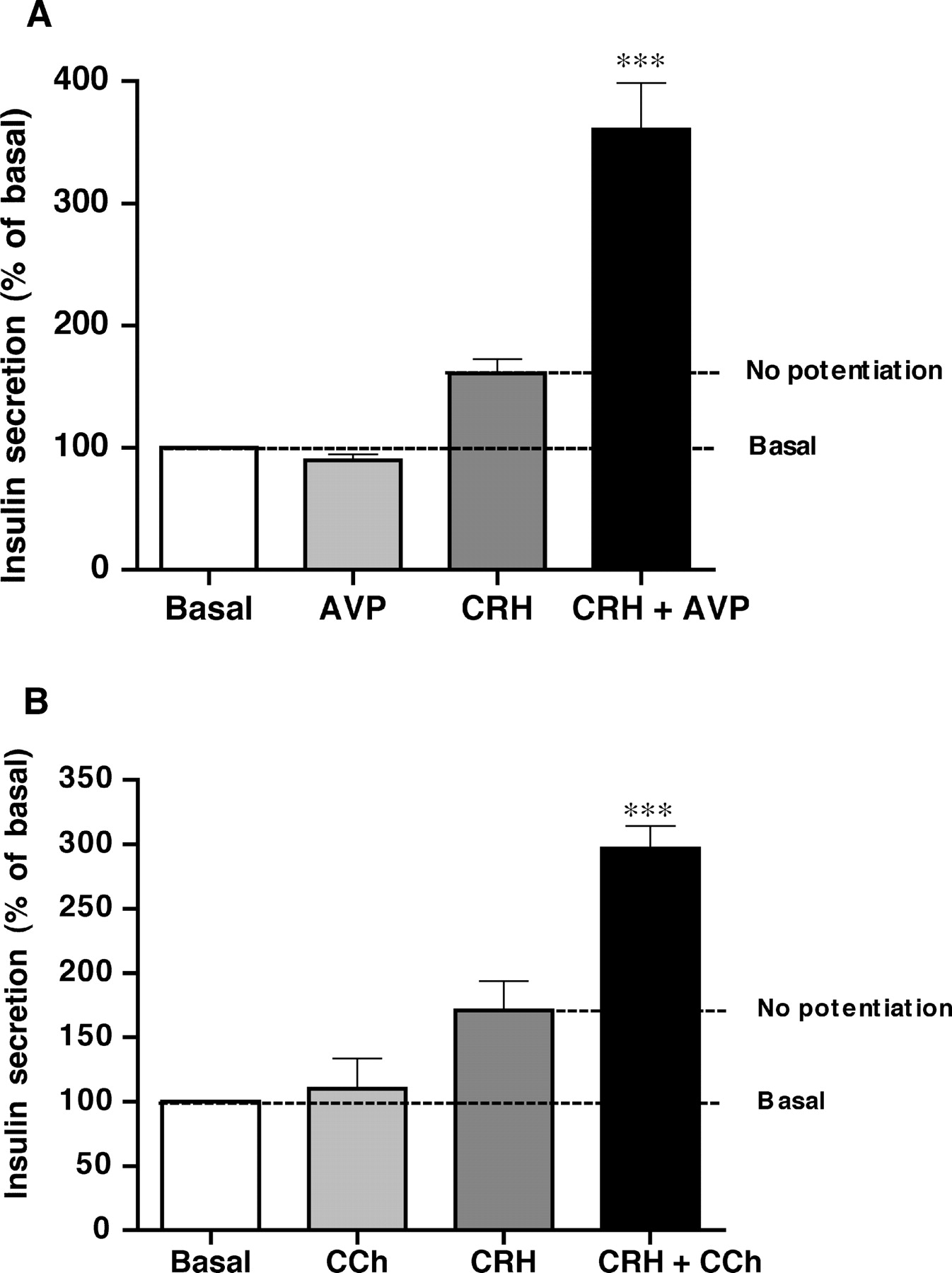 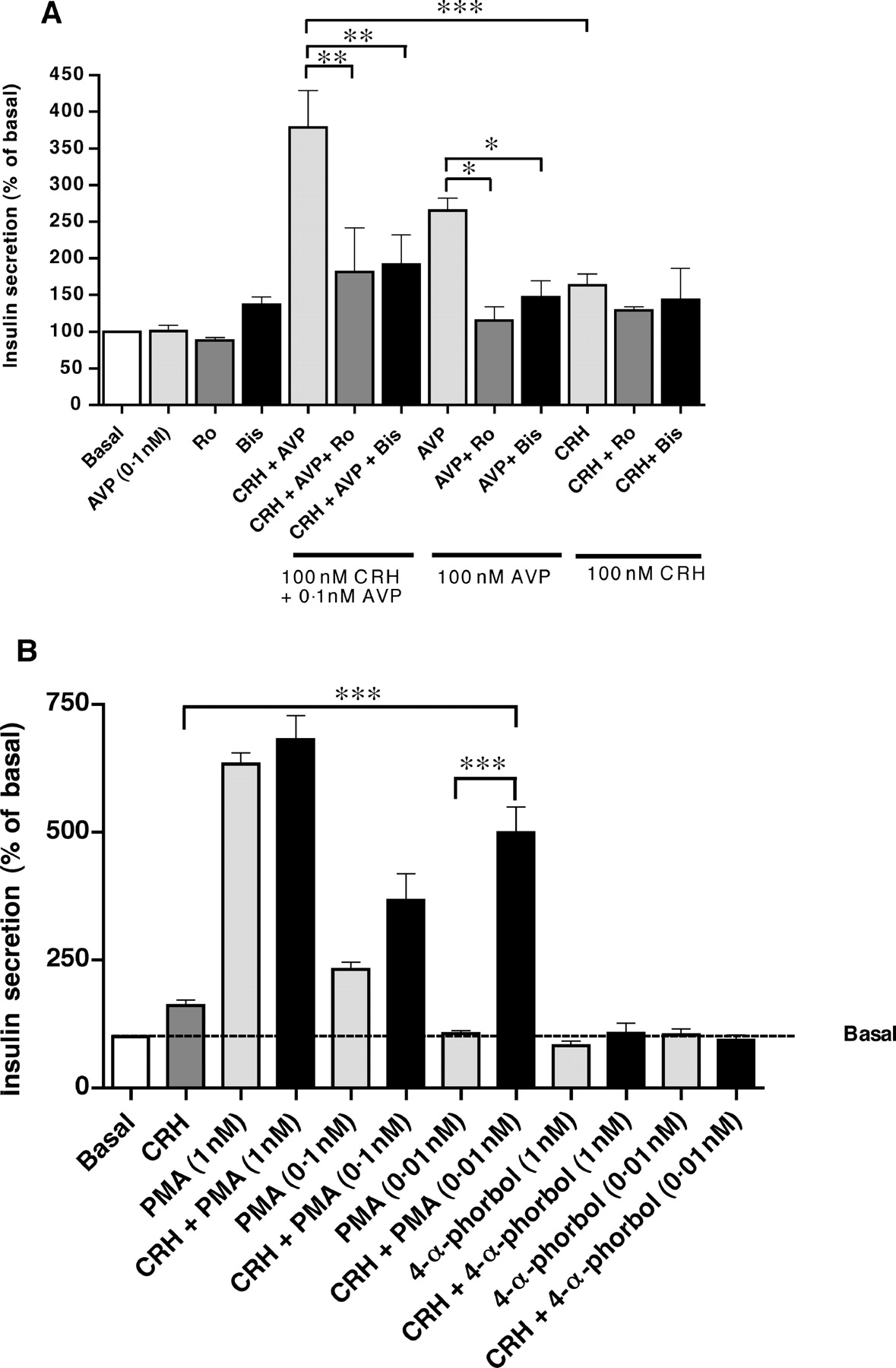 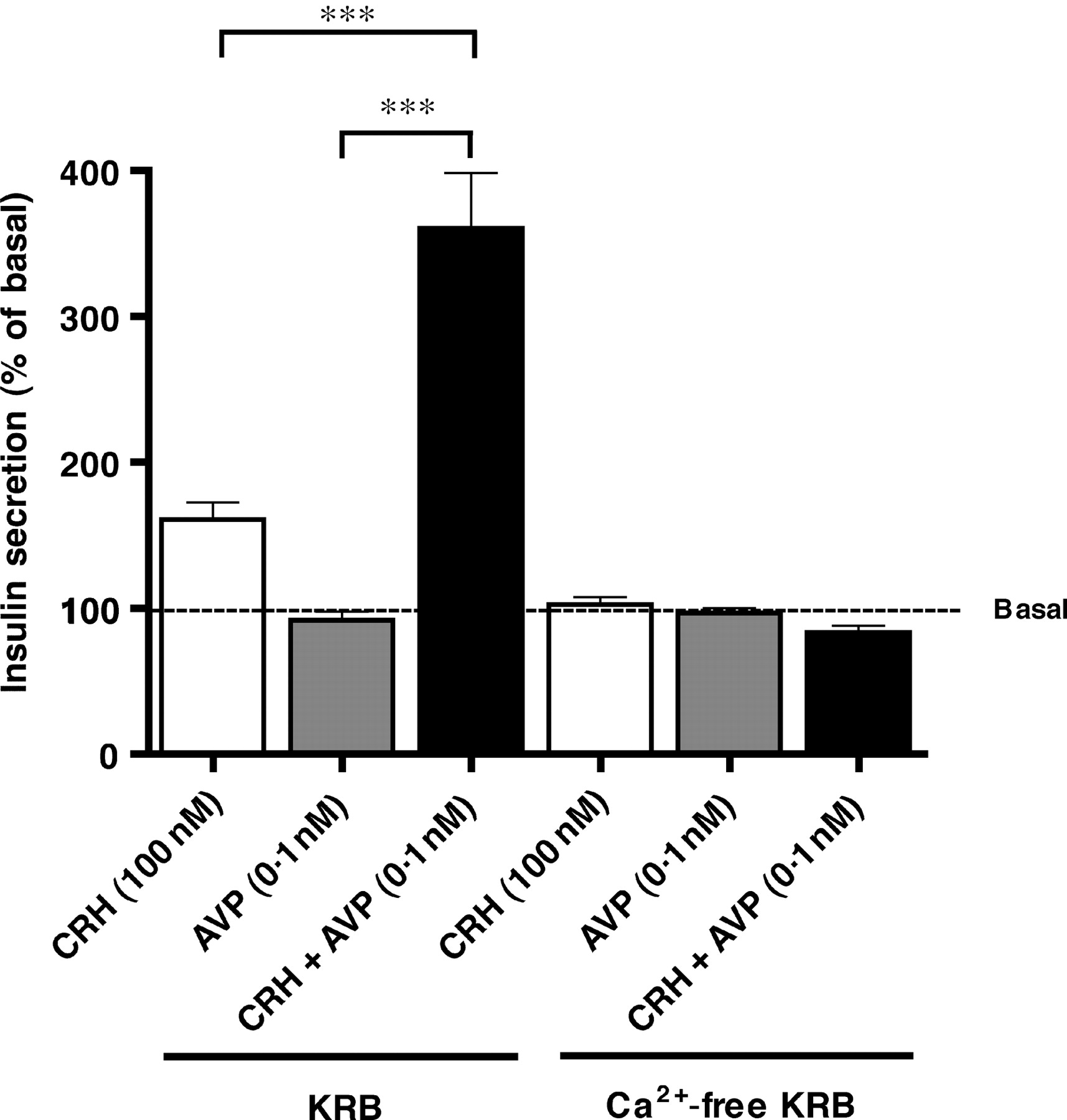 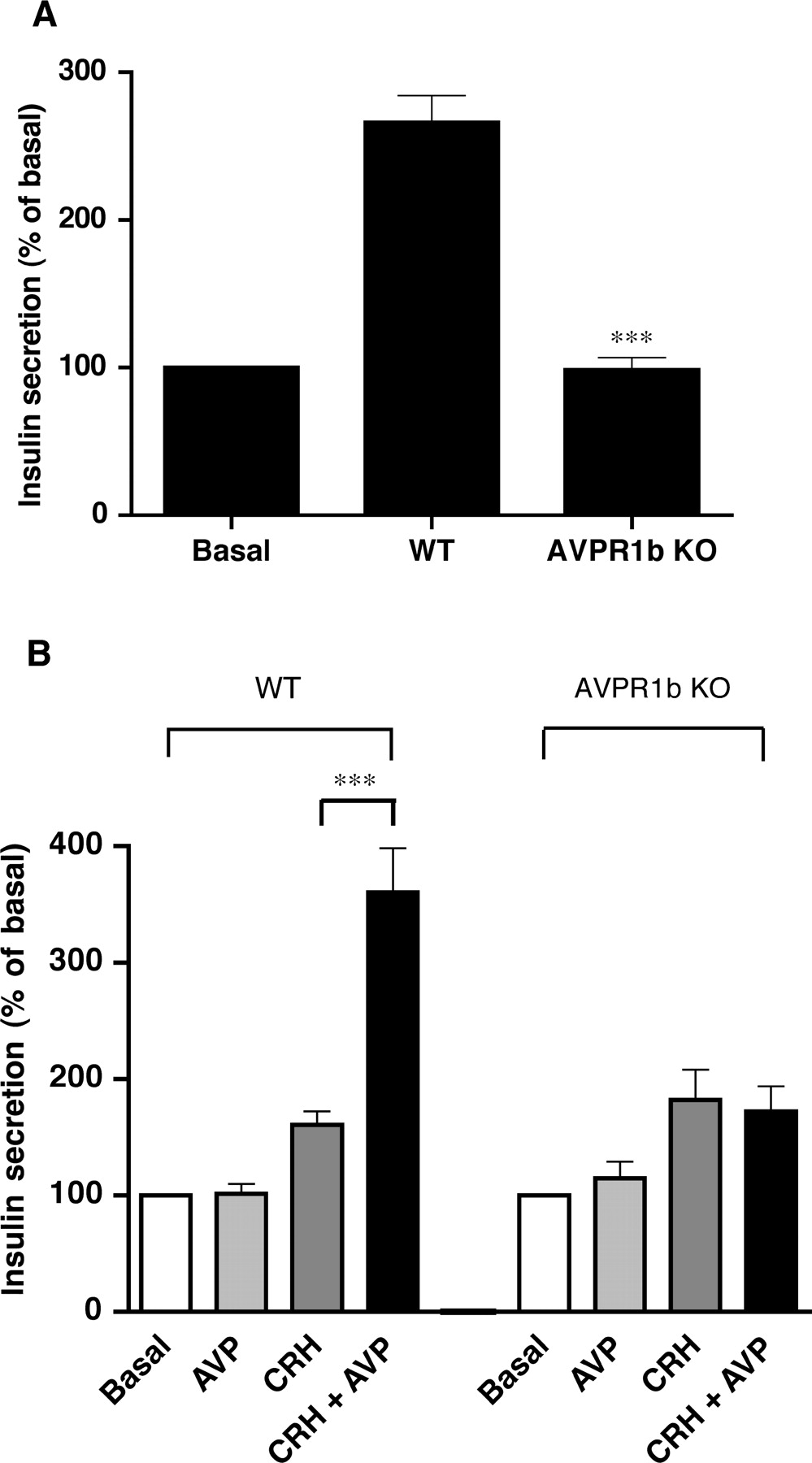