PNA mice have impaired pancreatic response to elevated glucose. (A) Mean±s.e.m. ratios (n=8 CON, n=6 PNA) of fura-2 fluorescence at 260 and 280 nm excitation, demonstrating the impaired response of islets from PNA mice on an increase in glucose concentration from 3 to 11 mM. Shaded area indicates s.e.m. (B) Area under the curve was lower in PNA mice. *P<0.05. 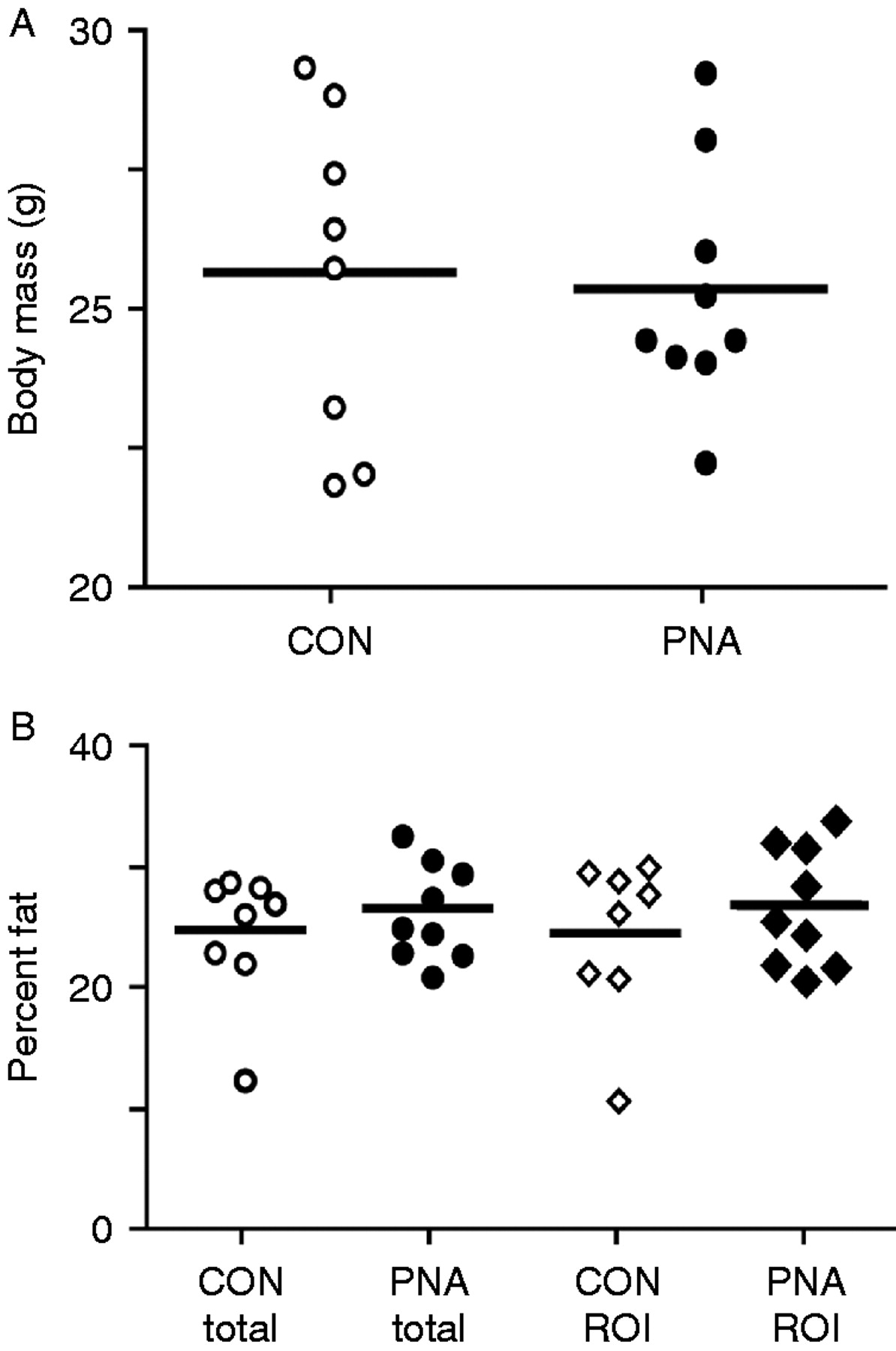 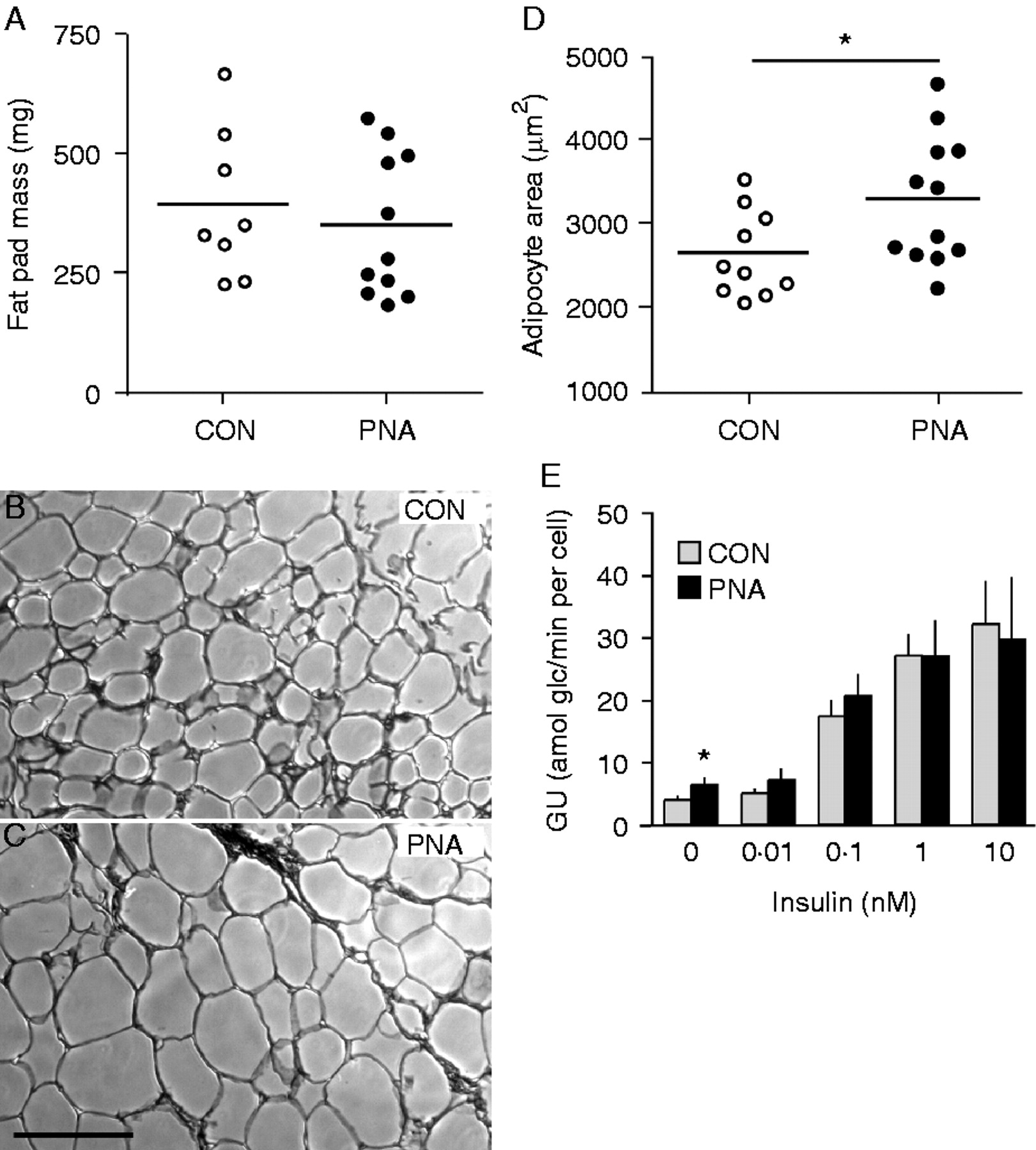 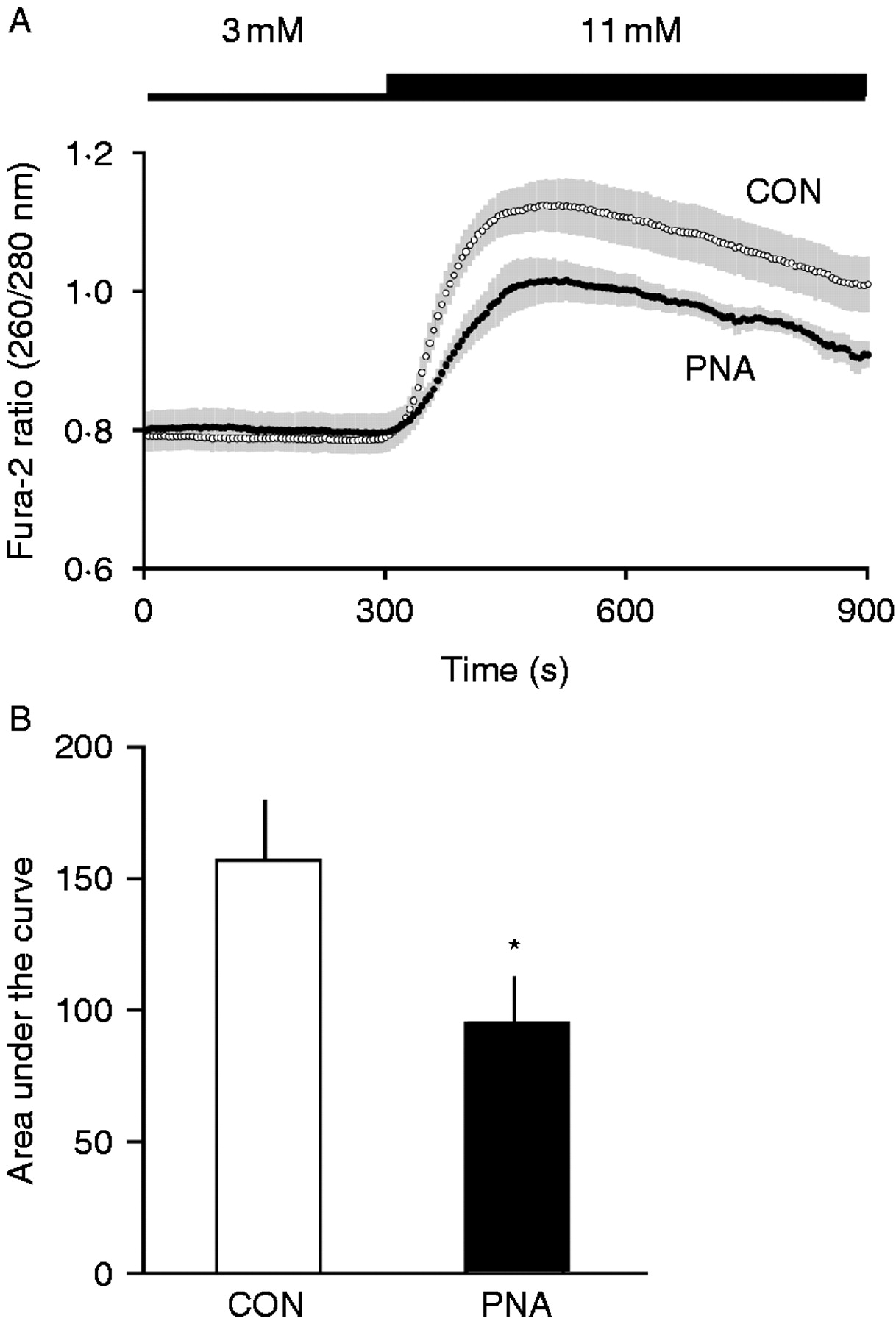 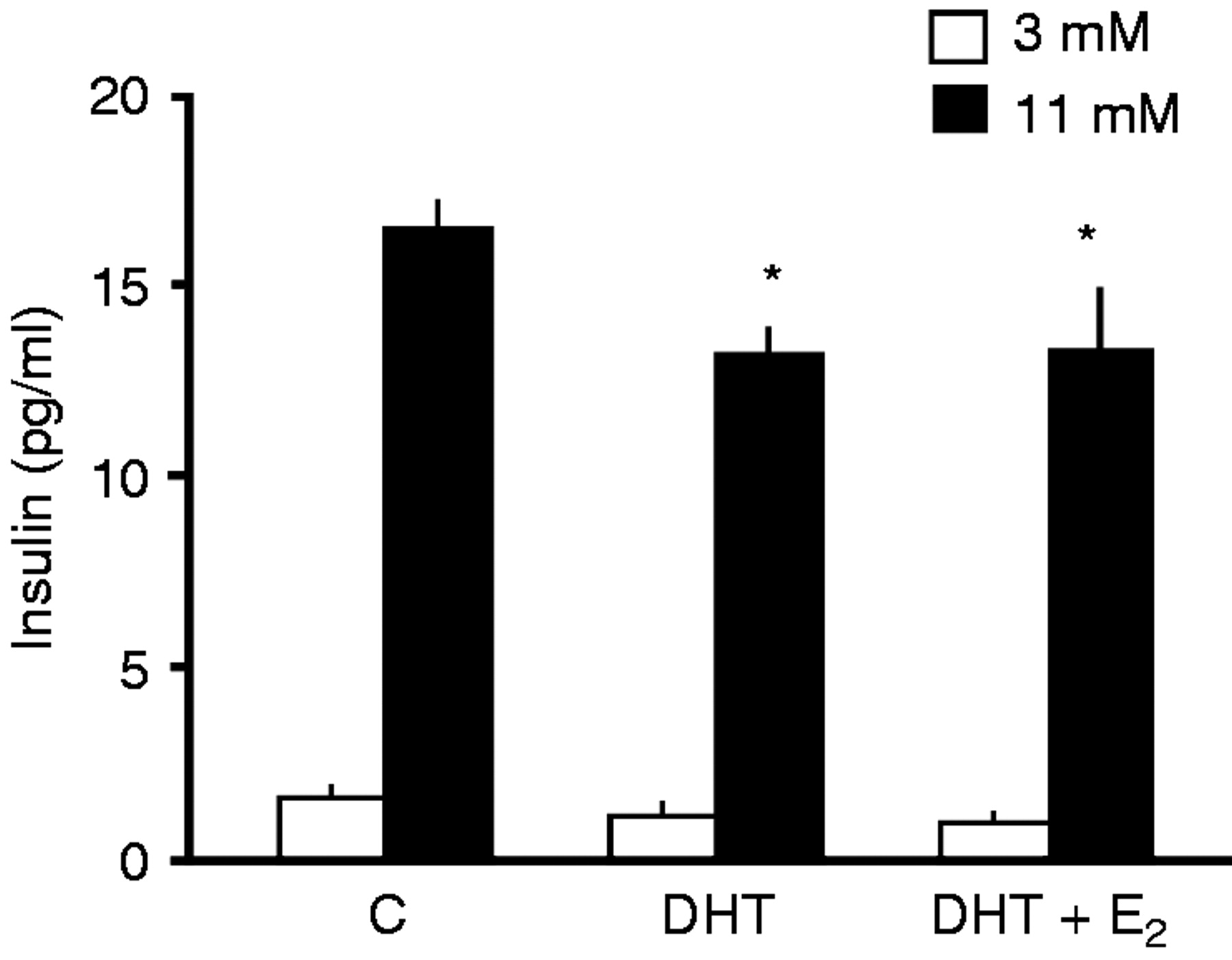