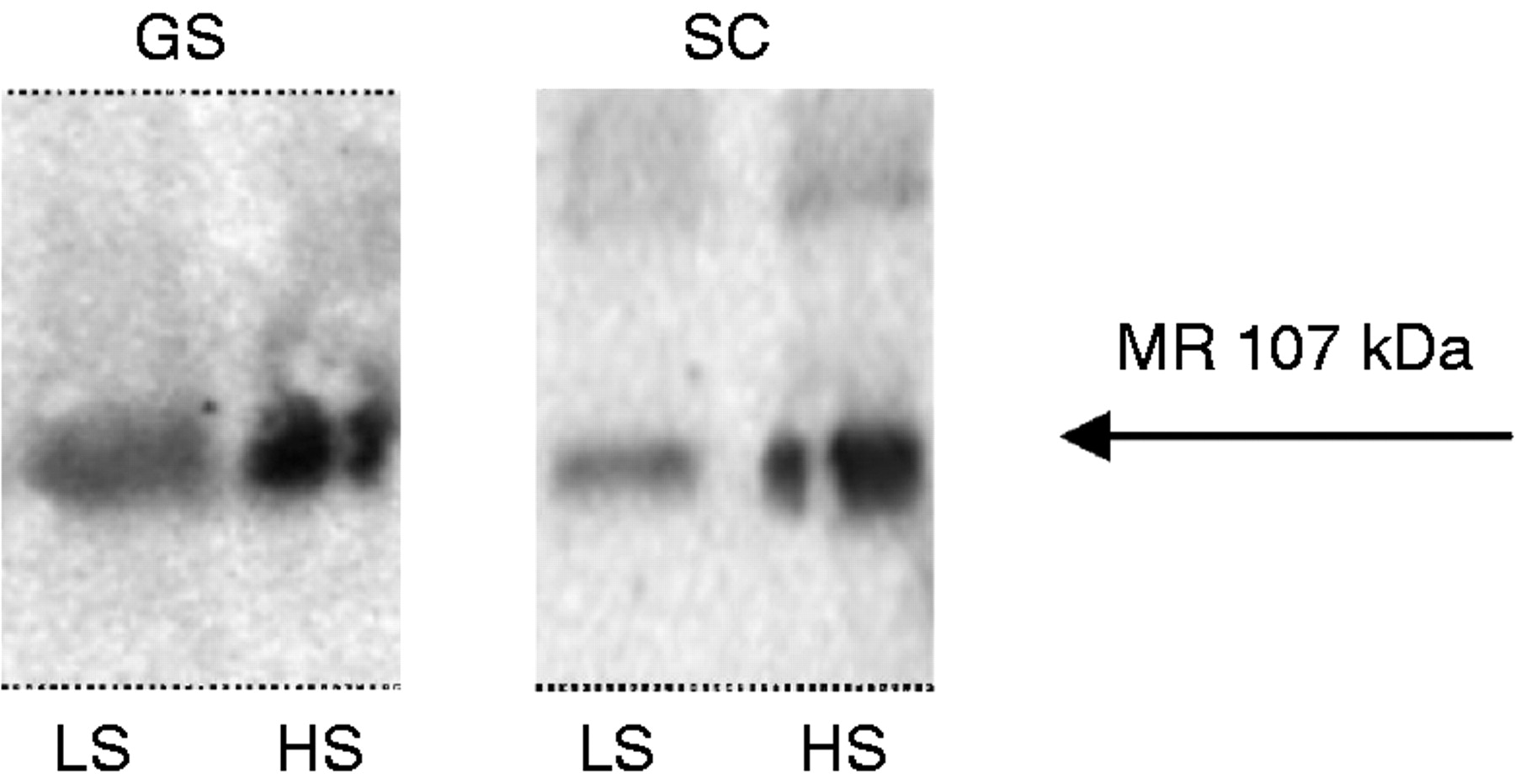 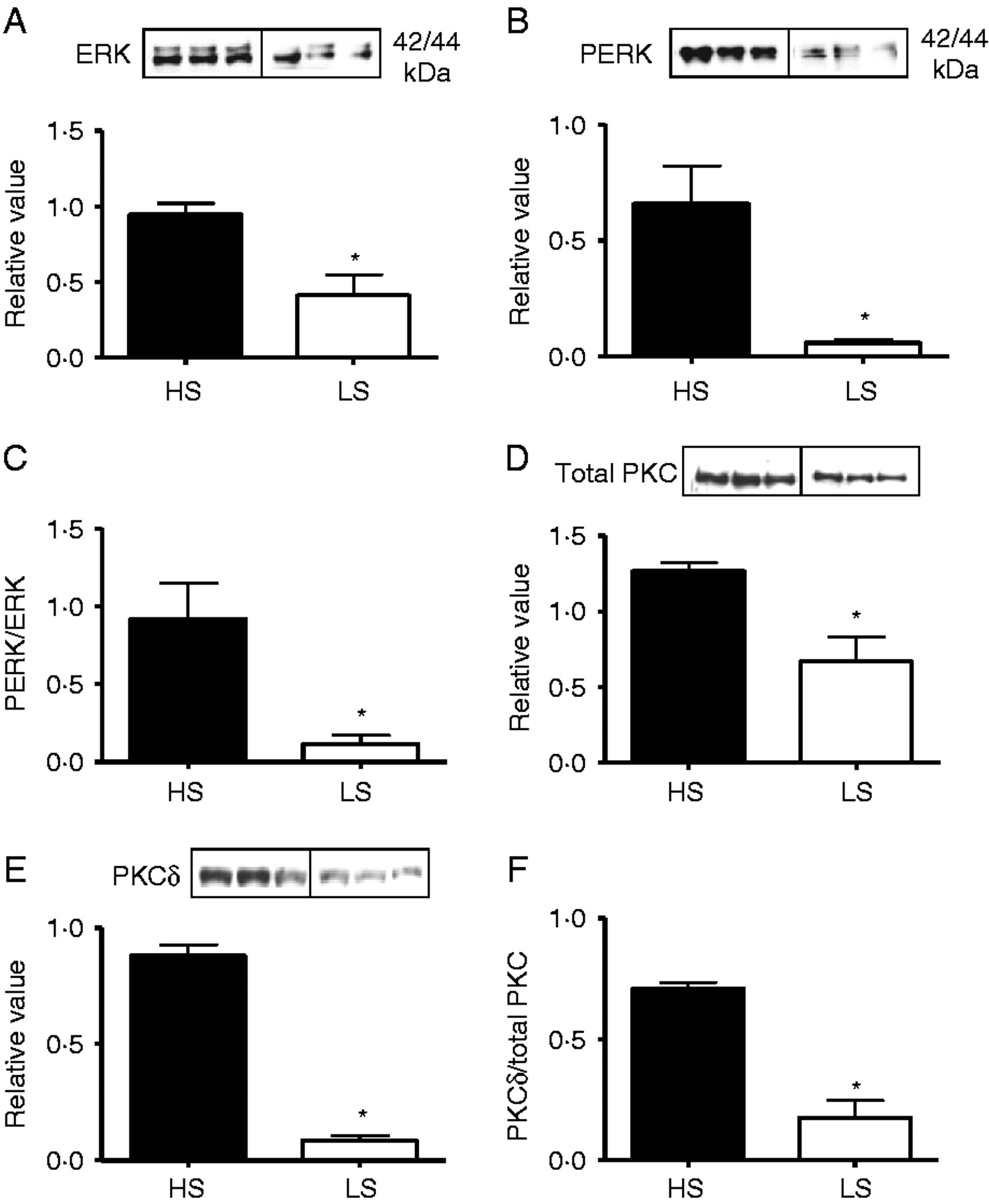 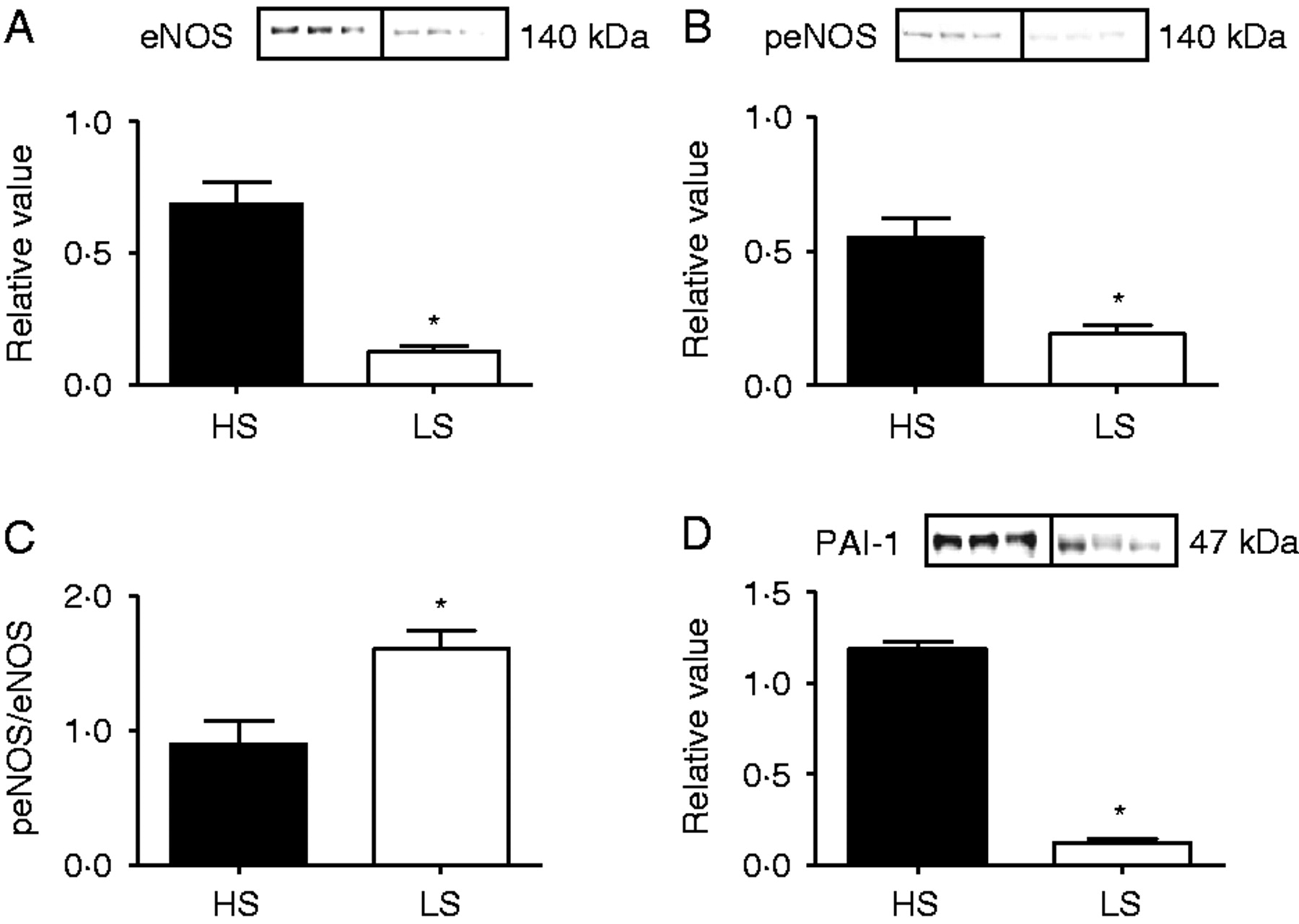 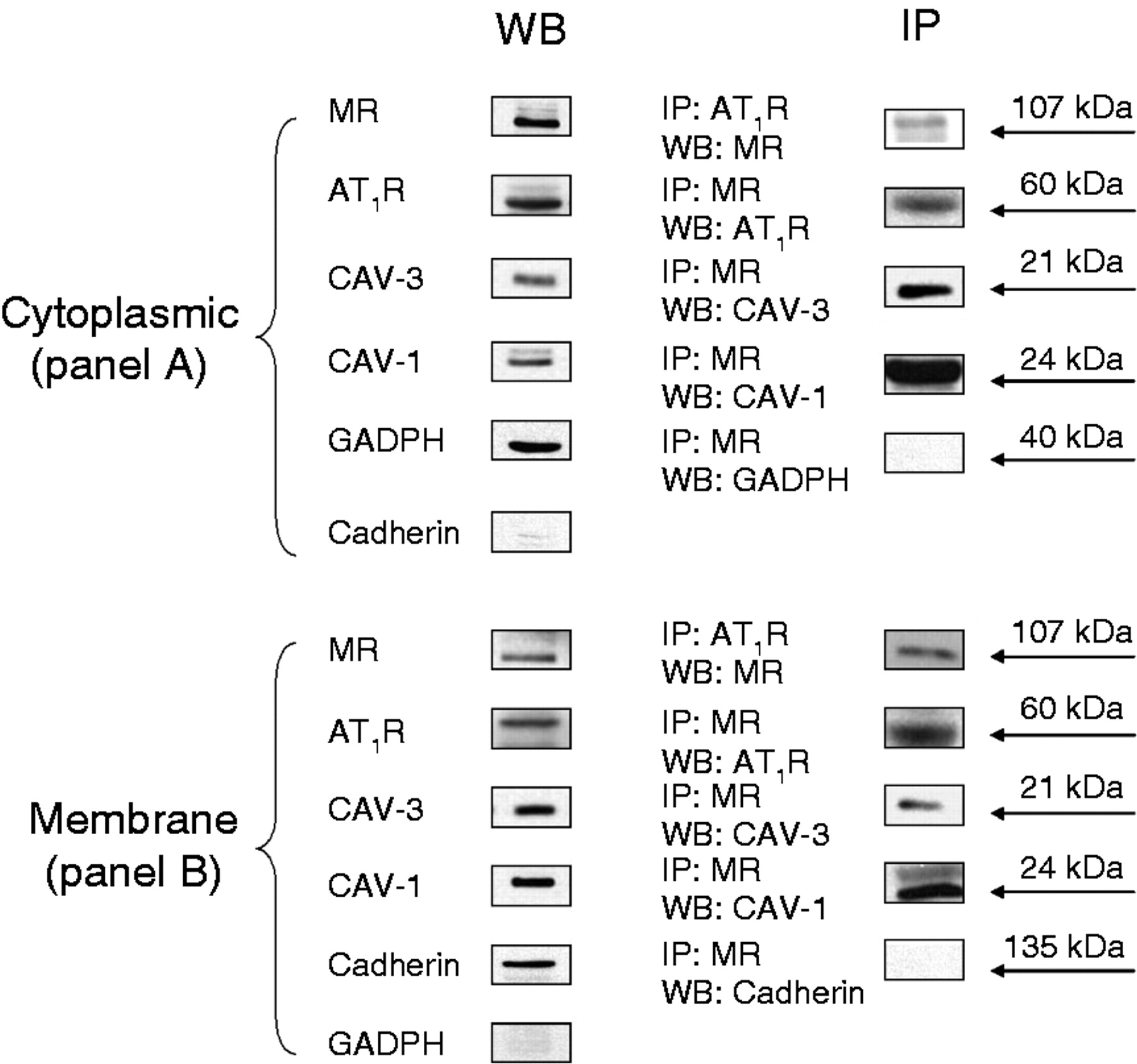 Location of AT1R, MR, CAV-1, and CAV-3 proteins in cytosol versus membrane fractions and interaction with MR in heart tissue. AT1R, MR, CAV-1, and CAV-3 proteins detected by western blot (WB) and immunoprecipitation (IP) studies between MR and AT1R and between MR and CAV-3 in cytoplasmic fraction (panel A) and membrane fraction (panel B). Specific markers for cytoplasmic (GAPDH) and membrane (cadherin) fractions were used to assess the purity of the fractions and specificity of IP method.