Proposed relationship between diabetes, ROS, and the TCA cycle. ROS-mediated inhibition of aconitase may truncate the TCA cycle in diabetic sural nerve, sciatic nerve, and DRG (bold arrows). This would result in the observed maintenance of succinate, fumarate, and malate levels in the face of decreased citrate and isocitrate. Reduced glycolytic intermediates feeding into the TCA cycle in sural and sciatic nerves may contribute to the observed decreases in citrate and isocitrate and be interpreted as a glucose-deficient state. Activation of the α-KG-utilizing truncated TCA cycle pathway in the sural and sciatic nerves would further contribute to ROS production and to the greater oxidative stress observed in diabetic sciatic nerve than DRG. α-KGDH, α-ketoglutarate dehydrogenase; DRG, dorsal root ganglia; TCA, tricarboxylic acid; ROS, reactive oxygen species. 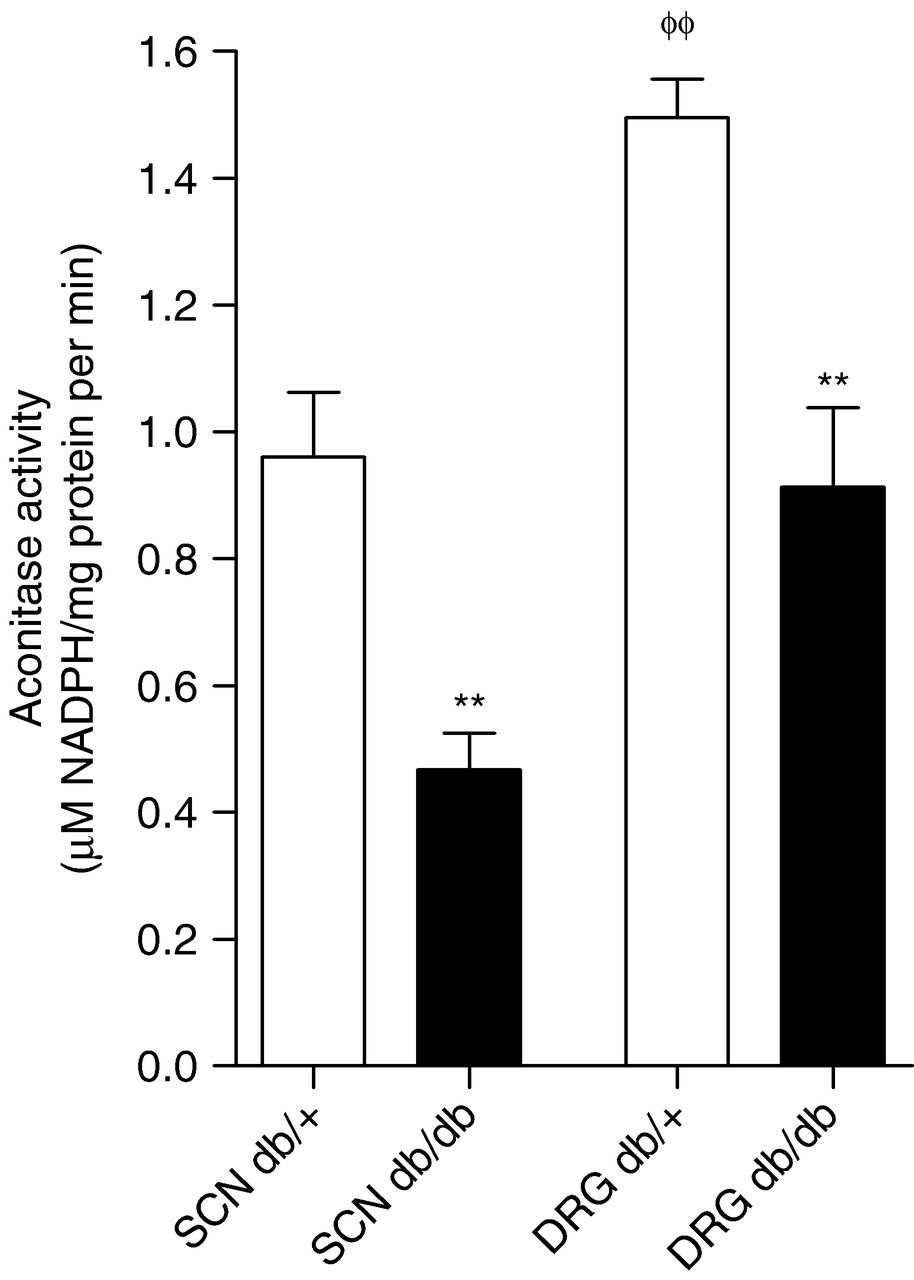 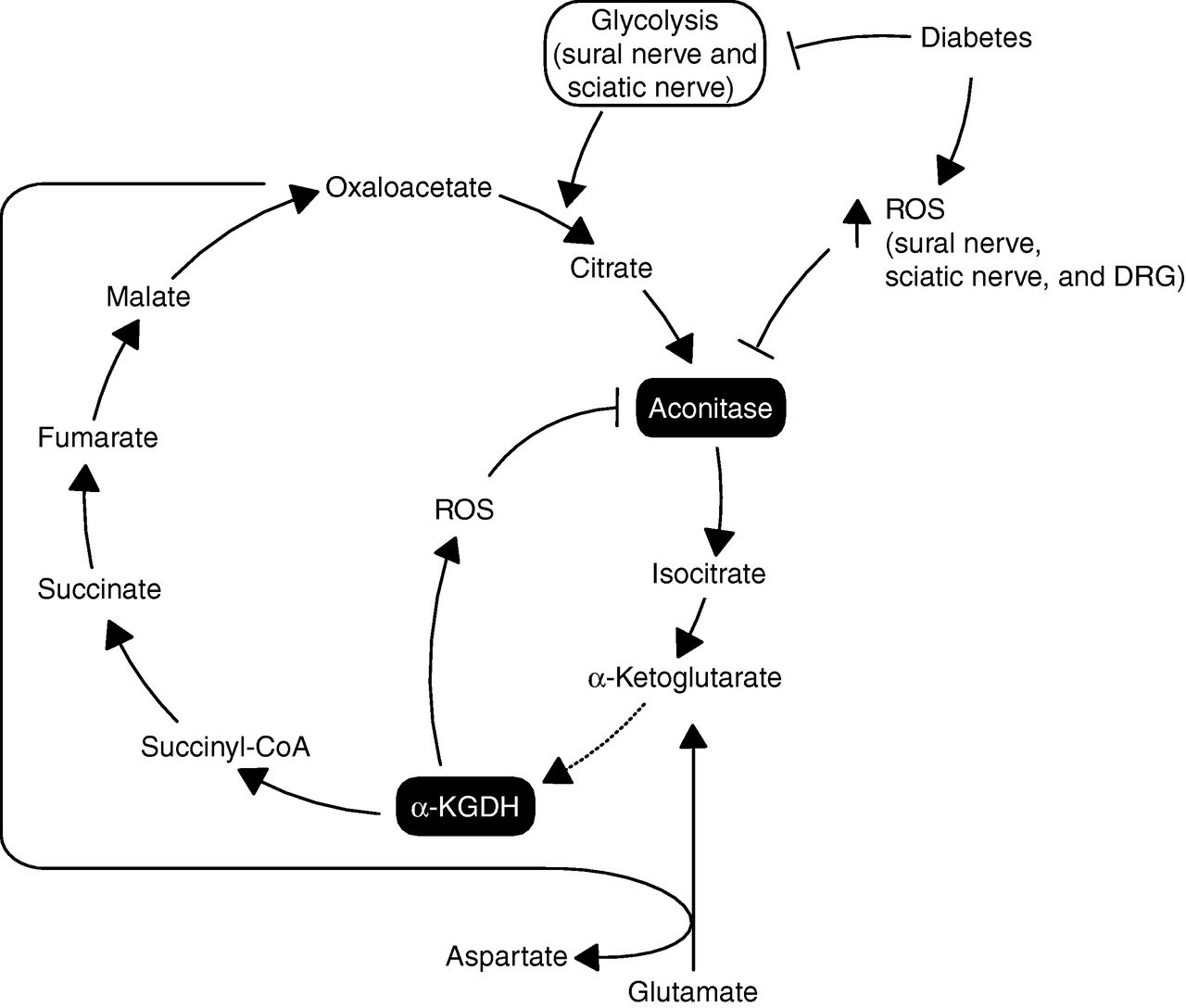