The effects of Rs-LPS on metabolic parameters. (A) Blood glucose was determined 1, 2, 3, and 3.5 months after STZ treatment. (B, C and D) Metabolic parameters including body weight (B), serum total cholesterol (C), triglycerides (D), and free fatty acids (E) were determined at the end of the study. The data presented are mean±s.d. (n=5, 7, 9, and 8 in the groups of non-DM, non-DM+Rs-LPS, DM, and DM+Rs-LPS respectively).

Inhibition by Rs-LPS of IL6 and MMP9 expression in atherosclerotic lesions of diabetic Apoe−/− mice. Mice were killed after the treatment with Rs-LPS and aortic roots were dissected and processed for frozen sections and immunohistochemical analysis of IL6 and MMP9 expression. (A) Immunohistochemistry analysis of IL6 expression. Magnification: 10×. (B) Quantification of IL6 protein expression. (C) Immunohistochemistry analysis of MMP9 expression. (D) Quantification of MMP9 protein expression. IL6 and MMP9 detected by immunostaining were quantified as described in the Materials and Methods section. The animal numbers in the groups are same as those in Fig. 3. (E) Gelatinase activity in atherosclerotic lesions detected by in situ zymography. MMP9 immunostaining of aortic cross section from a diabetic mouse. In situ zymograph to detect gelatinase activity (green fluorescence) of aortic tissue from the same diabetic mouse.

Inhibition by Rs-LPS on LPS-stimulated NF-κB transcriptional activity in U937 mononuclear cells. (A) U937 cells transfected with NF-κB promoter–luciferase reporter constructs were treated with or without 100 ng/ml LPS in the absence or presence of 500 ng/ml Rs-LPS for 12 h. After the treatment, cells were lysed and firefly luciferase activity was determined and normalized to renilla luciferase activity. (B) U937 cells were treated with 100 ng/ml LPS in the absence or presence of 1 or 5 μM Bay117085 (Bay) for 24 h and IL6 in culture medium was quantified using ELISA. The amount of IL6 released by cells treated with LPS in the absence of Bay117085 was designated as 100% (maximum). IL6 released by cells in other groups was presented as percentage of the maximum. The data presented are the representative from two experiments with the similar results. 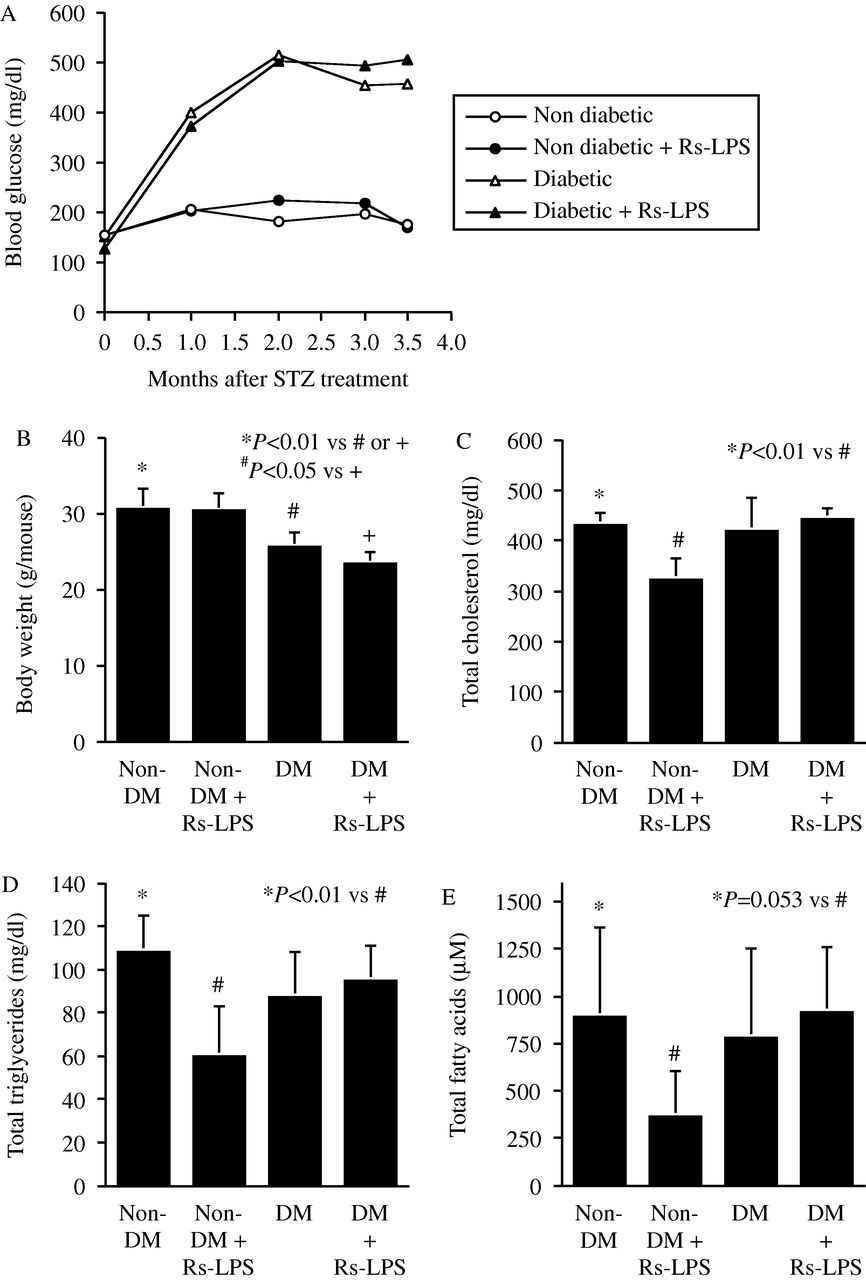 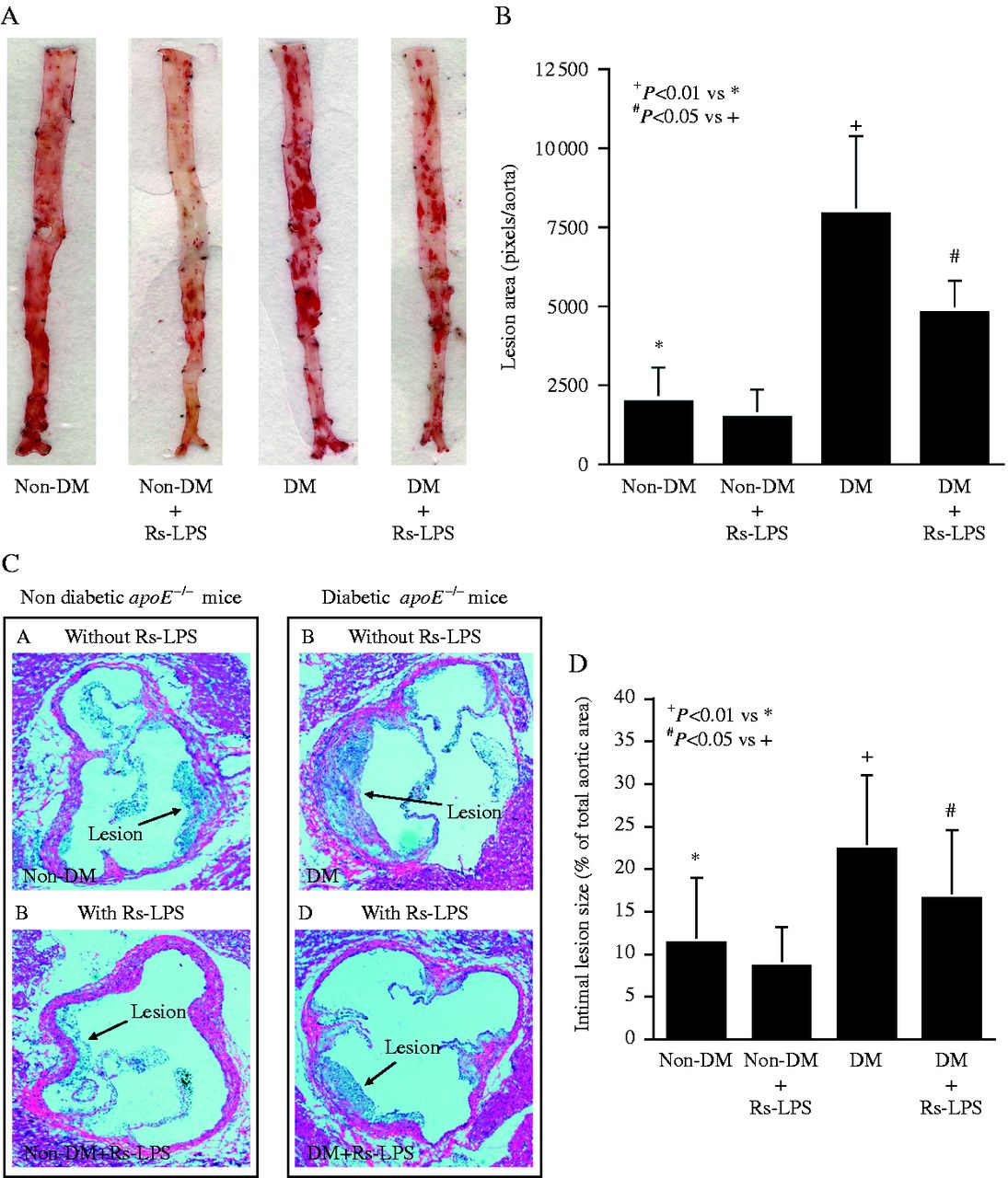 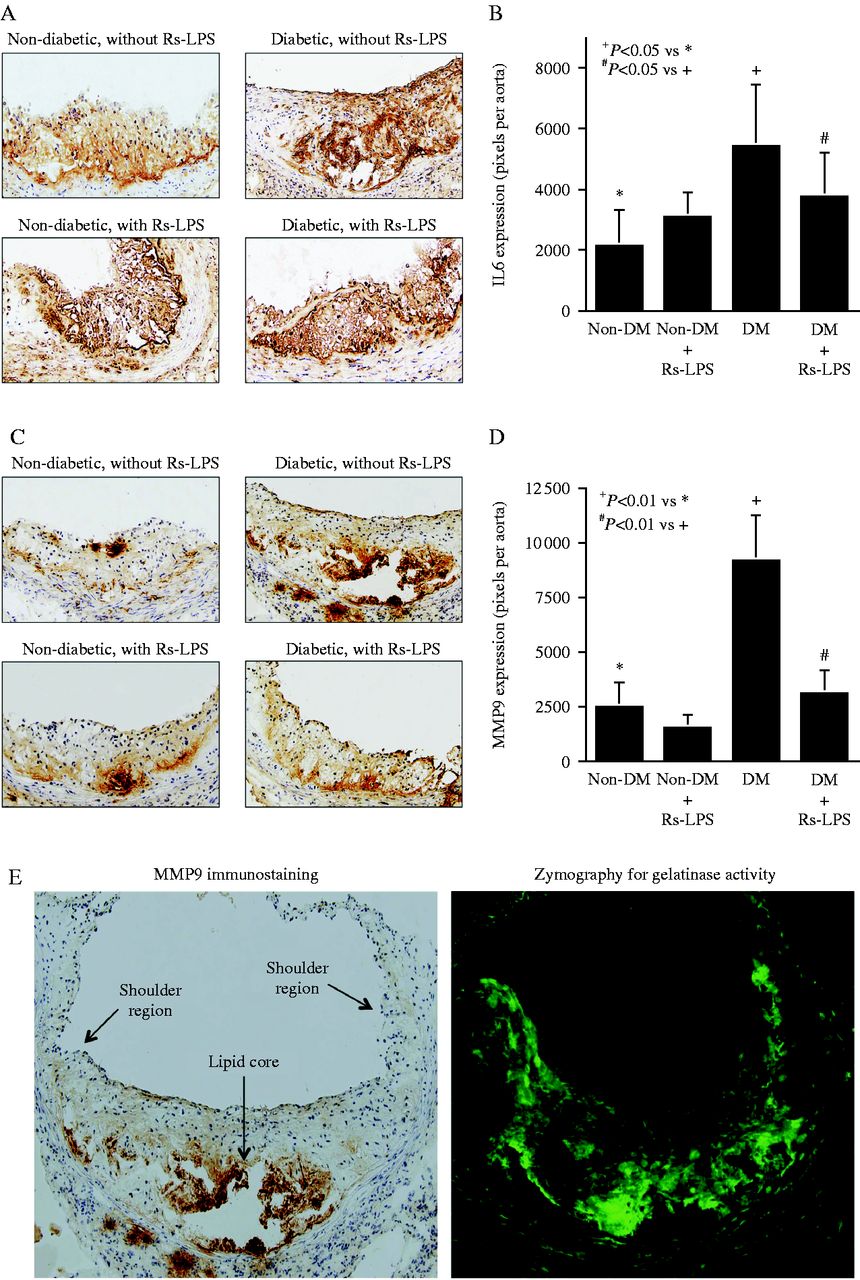 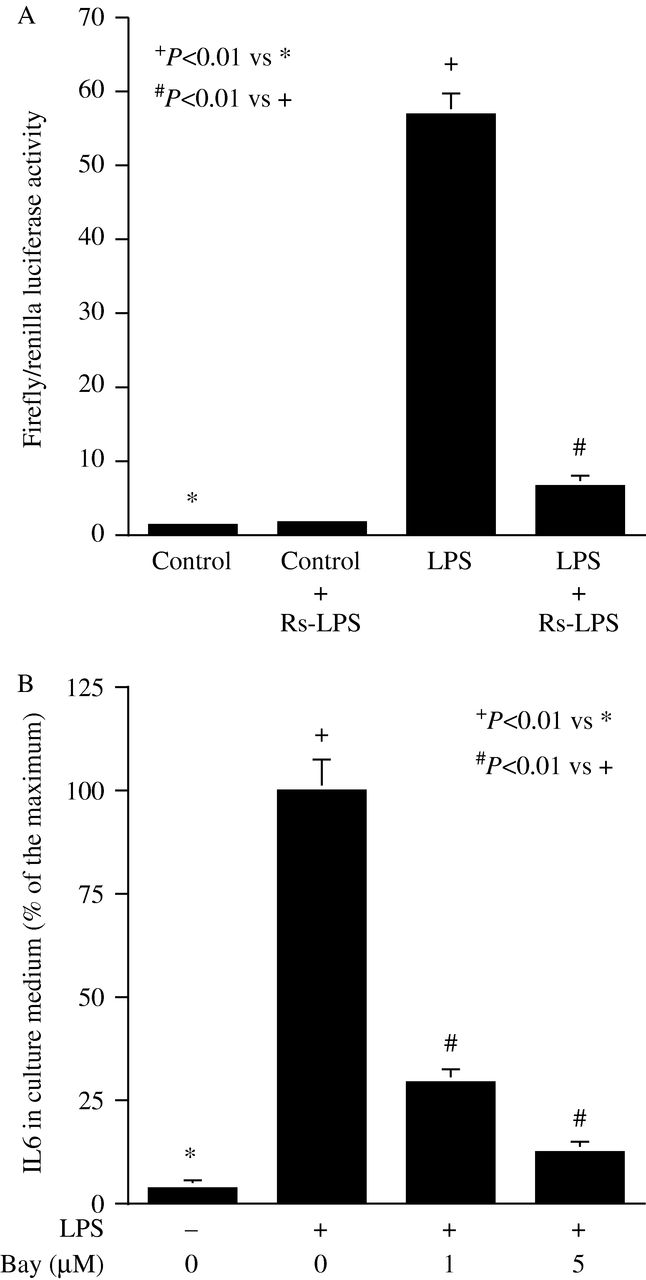