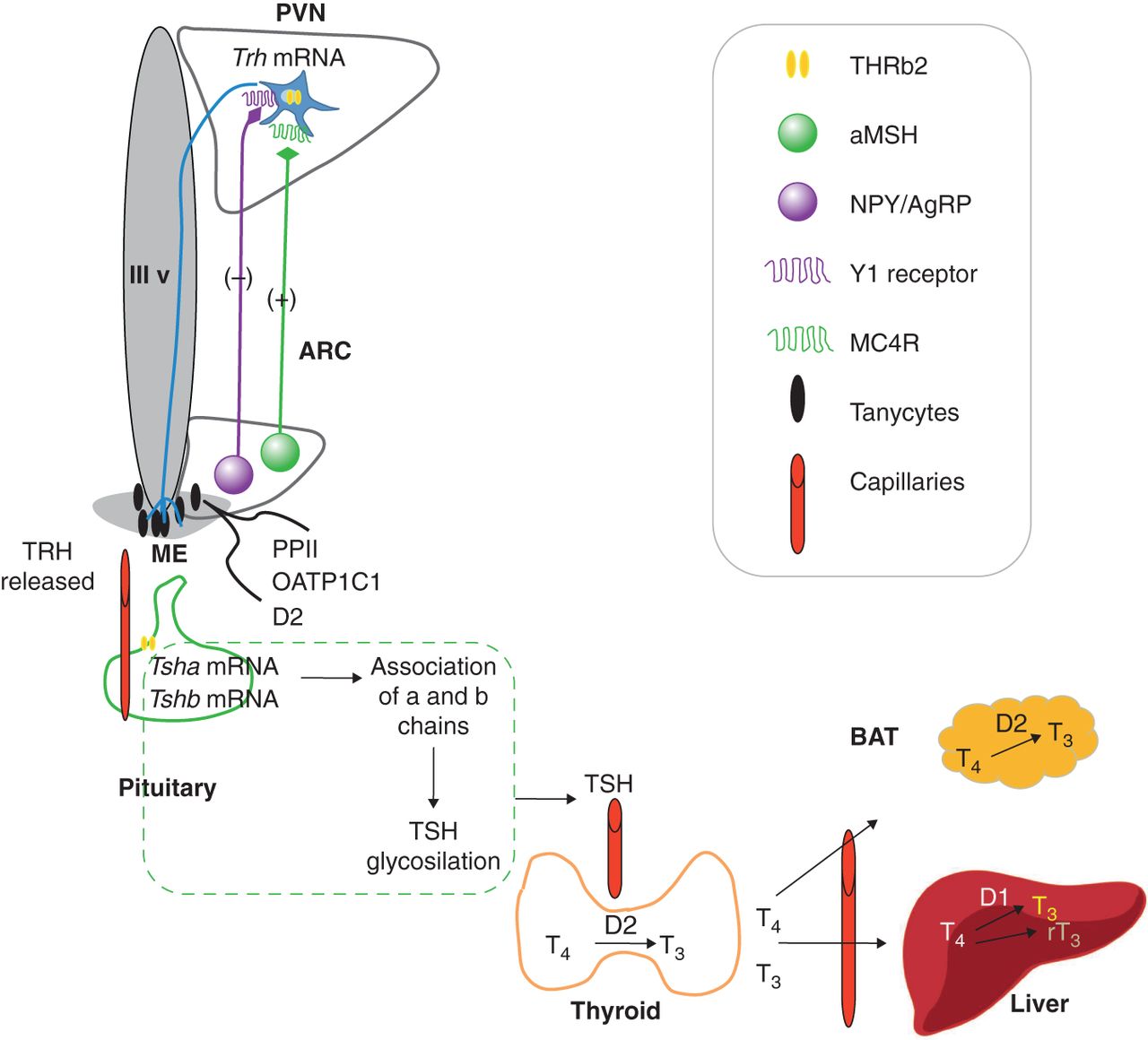 Elements involved in HPT regulation. At the level of the paraventricular hypothalamic nucleus (PVN), Trh mRNA is transcribed, its expression is regulated by multiple effectors, processed TRH is released from terminals localized at the median eminence (ME) in yuxtaposition with tanycytes that contain deiodinase 2 (D2) and pyroglutamyl peptidase II (PPII). In response to nutrient status, arcuate neurons synthesizing POMC/CART or NPY/AgRP project to the PVN and activate or inhibit (respectively) TRH neurons. Released TRH may be degraded by PPII before reaching portal vessels that transport it to the pituitary where it controls synthesis of TSHb and glycosylation of both TSH subunits (a and b) to form bioactive TSH. At the thyroid, TSH stimulates synthesis and release of T4 that is modified at target tissues by deiodinases (e.g. D1 and D2).