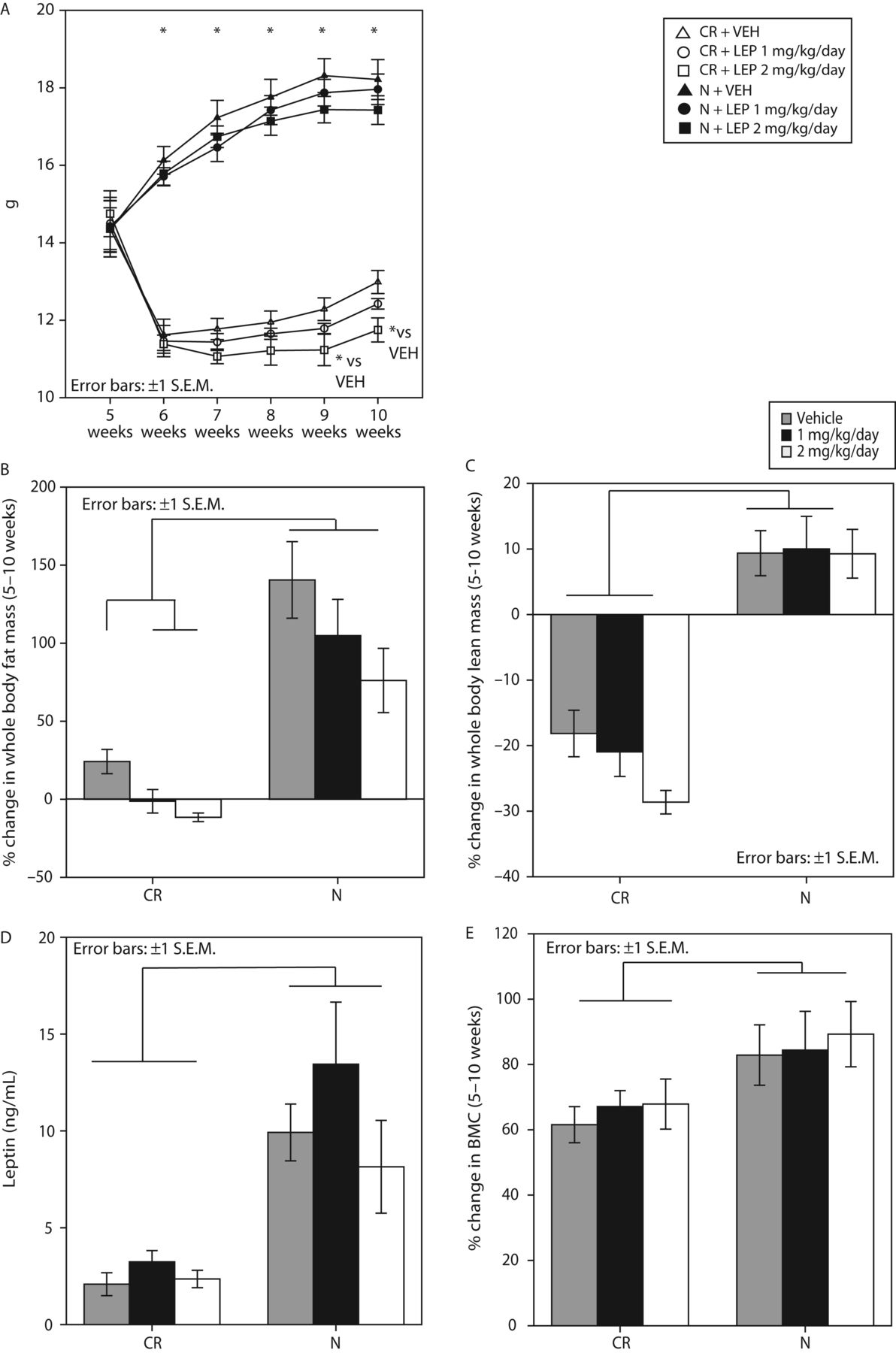 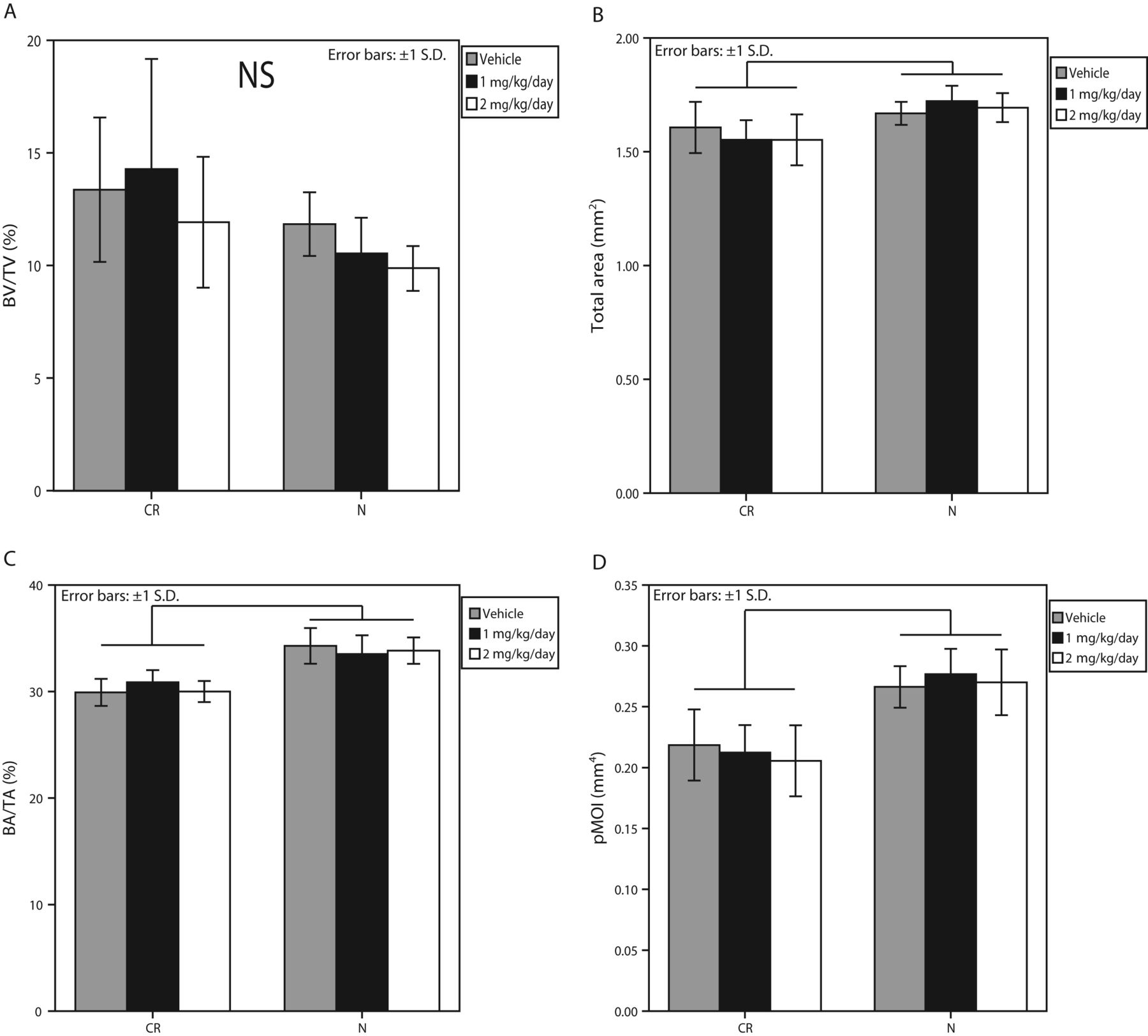 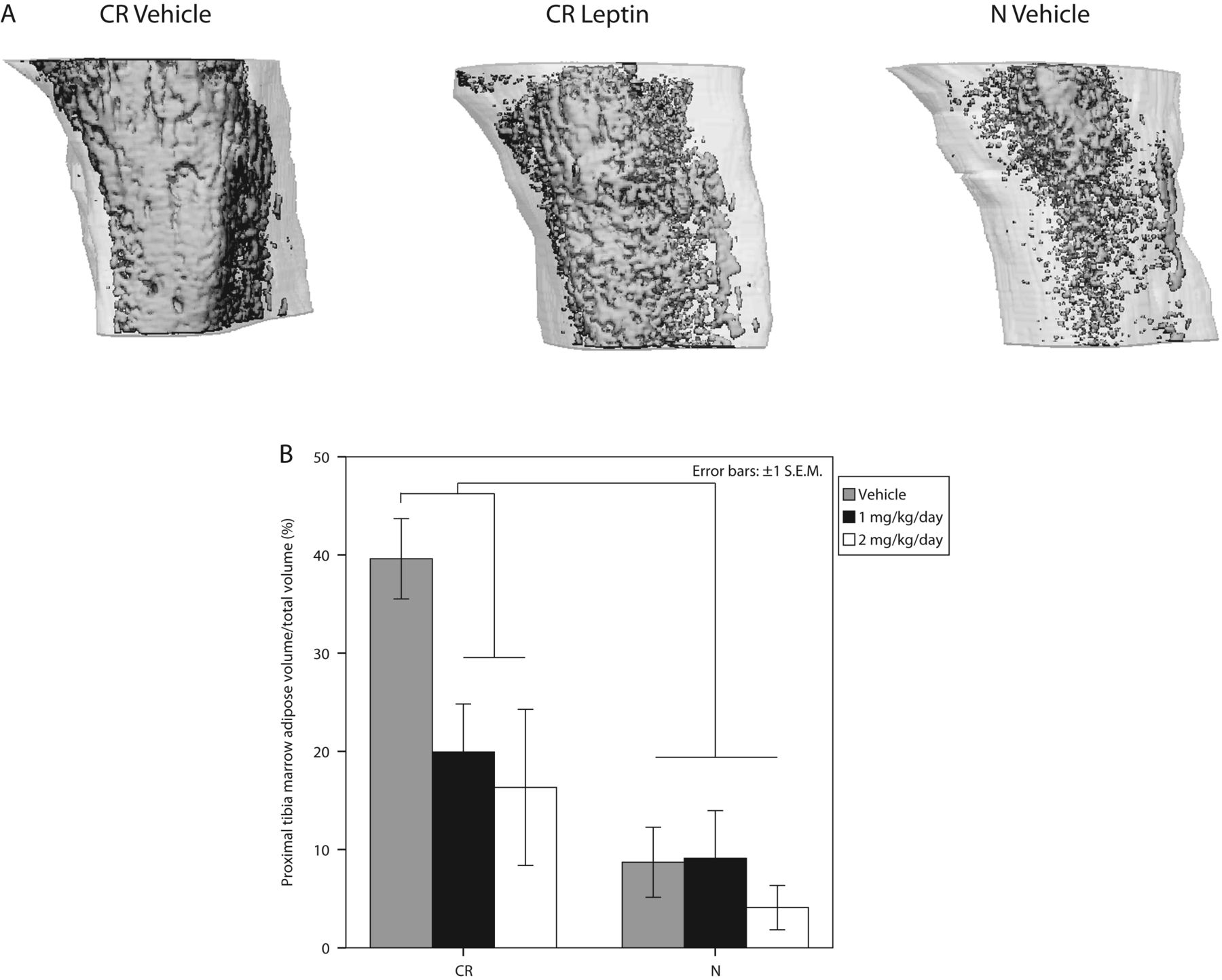 (A) Leptin treatment during CR blunted MAT expansion compared with CR VEH, as indicated by extent of OsO4 staining (shown in dark gray). (B) Proximal tibia adipose volume/marrow volume in OsO4 stained bones was higher in CR vs N, and 50% lower in CR LEP1 and CR LEP2 vs CR VEH (P<0.0001 for diet, P=0.016 for dose).